In version three of his Billboard book series, British artist Jonathan Monk sets out with British designers OK-RM to design, well, a very British-looking publication. All the more so because conventions of paper-folding and book-binding (adapted through an ingenious scheme of the designers), have been itemized — with the measurement ‘Royal’ as a guide. With his usual lightness of touch, Monk offers a third in his ongoing project of producing billboards which name the conditions of their own making, along with a book object, which neatly slices up the billboard and offers it in bound form. The ‘trick’, in each project, has been that Monk himself eschews designing his own work. Rather, he displays the style-spotting savvy of his generation by choosing one of London’s hippest design firms to articulate his own project. OK-RM (Oliver Knight and Rory McGrath) are two designers who love the annals of Concept art, collecting facsimiles and originals of such 70s fare. For their project to give visual shape to Monk’s idea, OK-RM turned to the hallowed conventions of — British — printing and binding. And the result is…Italian? In the wink of an eye, the great bookmakers of fifteenth century Venice call out to us, as OK-RM have chosen to turn individual versions of the billboard into books of diminishing shapes so that each billboard is offered in ever smaller classic book form. If you stack all the books on top of each other, in a kind of Origami way, the thing that emerges is nothing so much as a Fibonacci rhythm. (Cornelia Lauf) 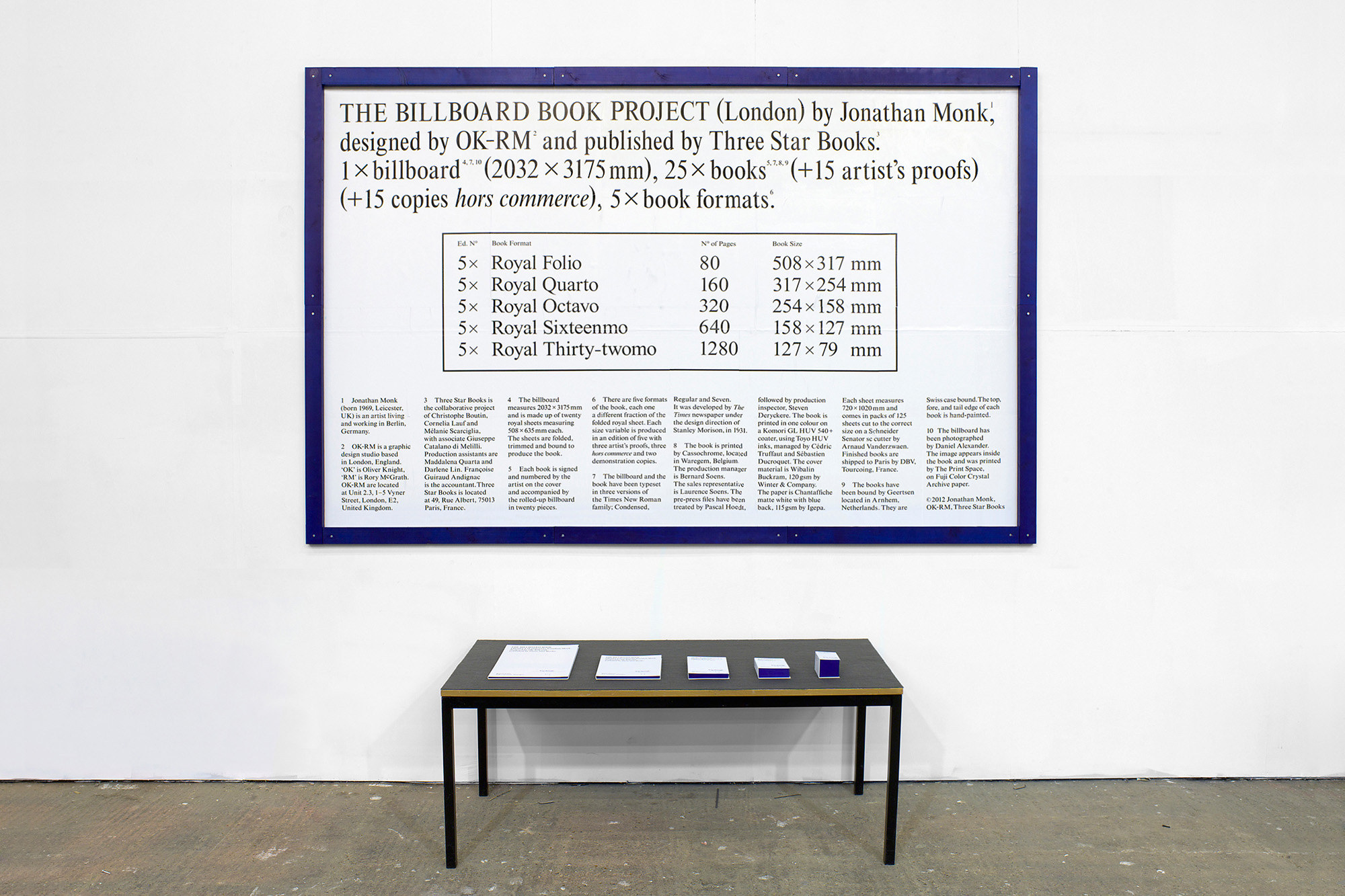 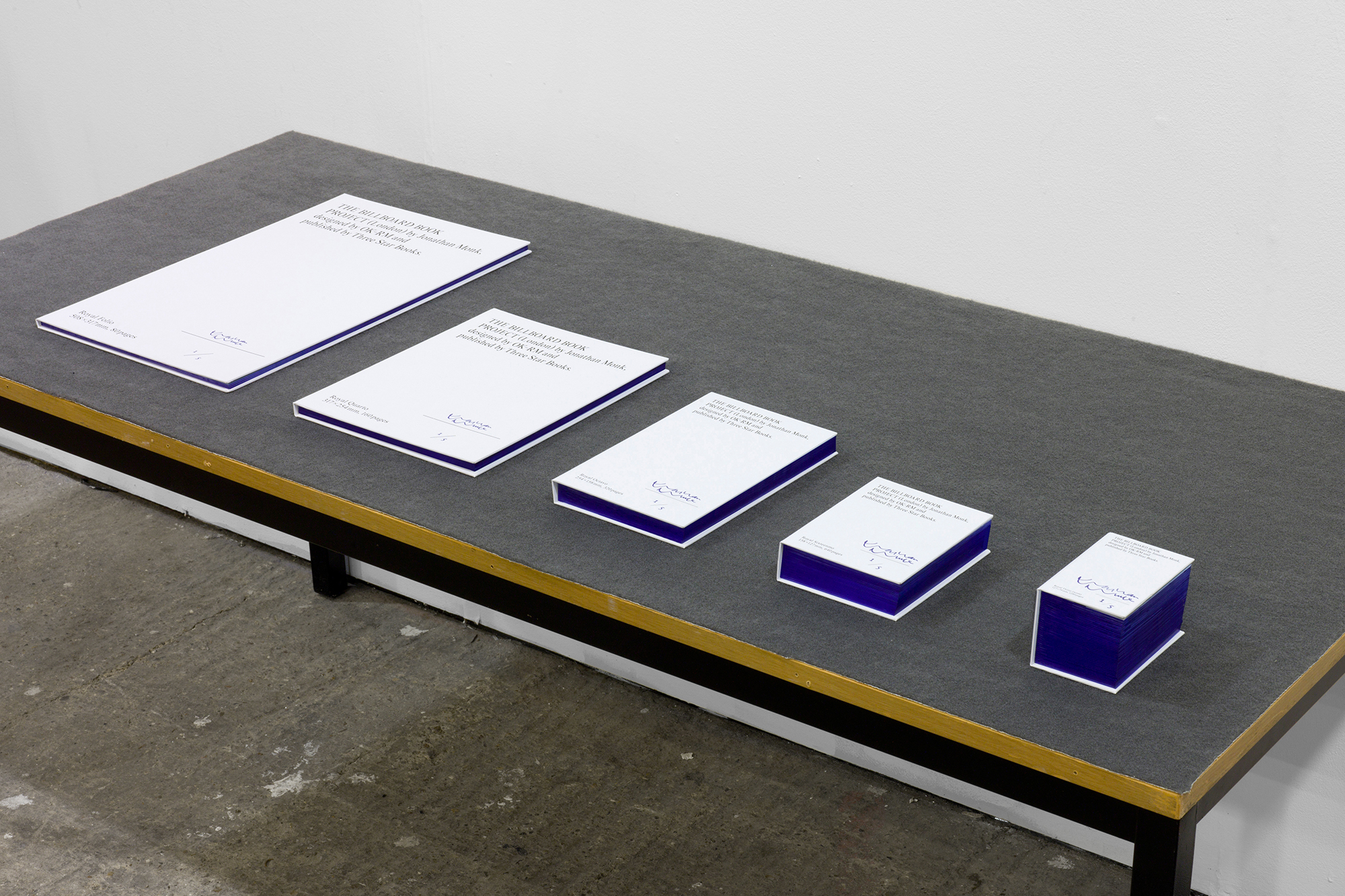 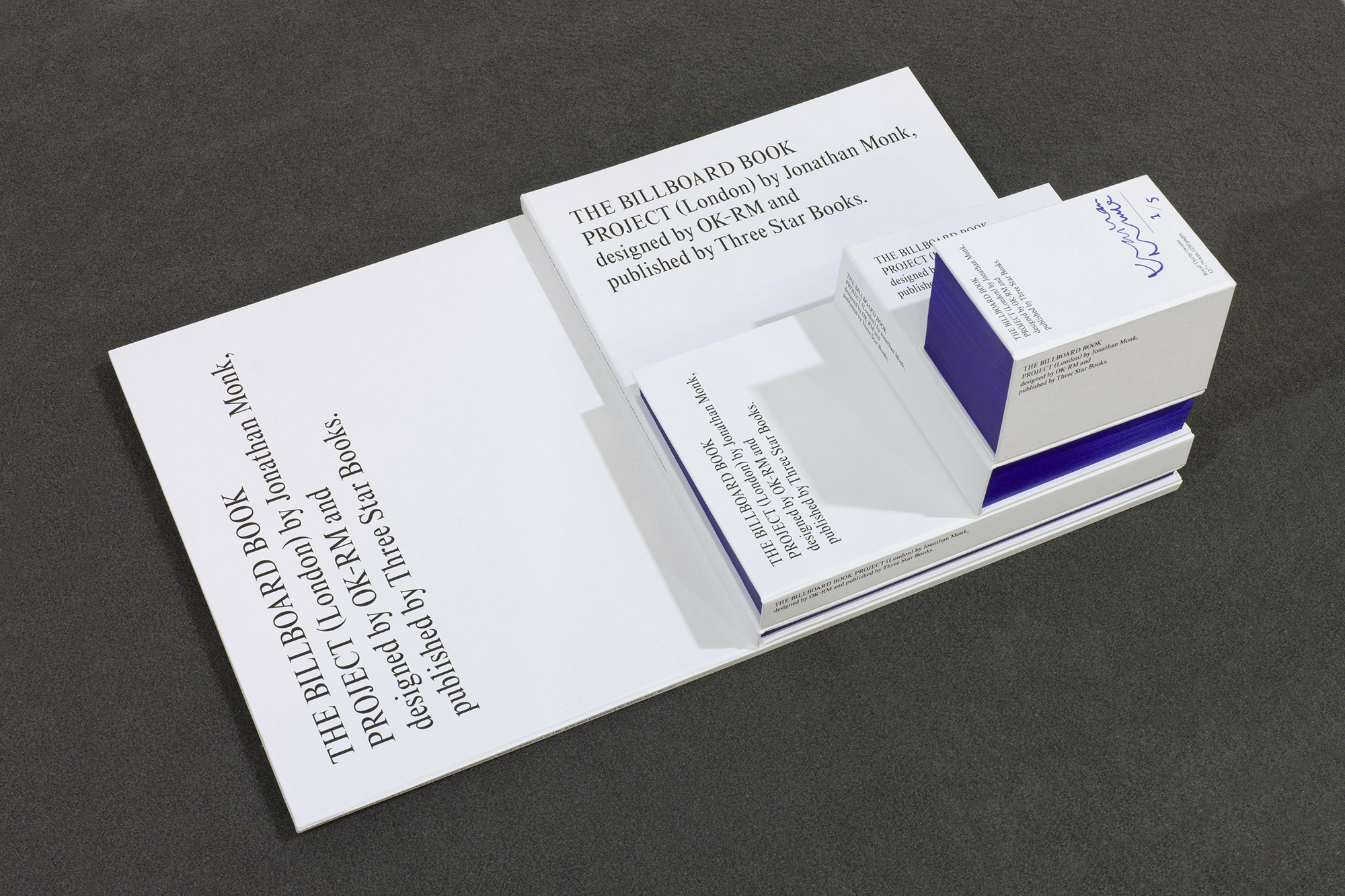 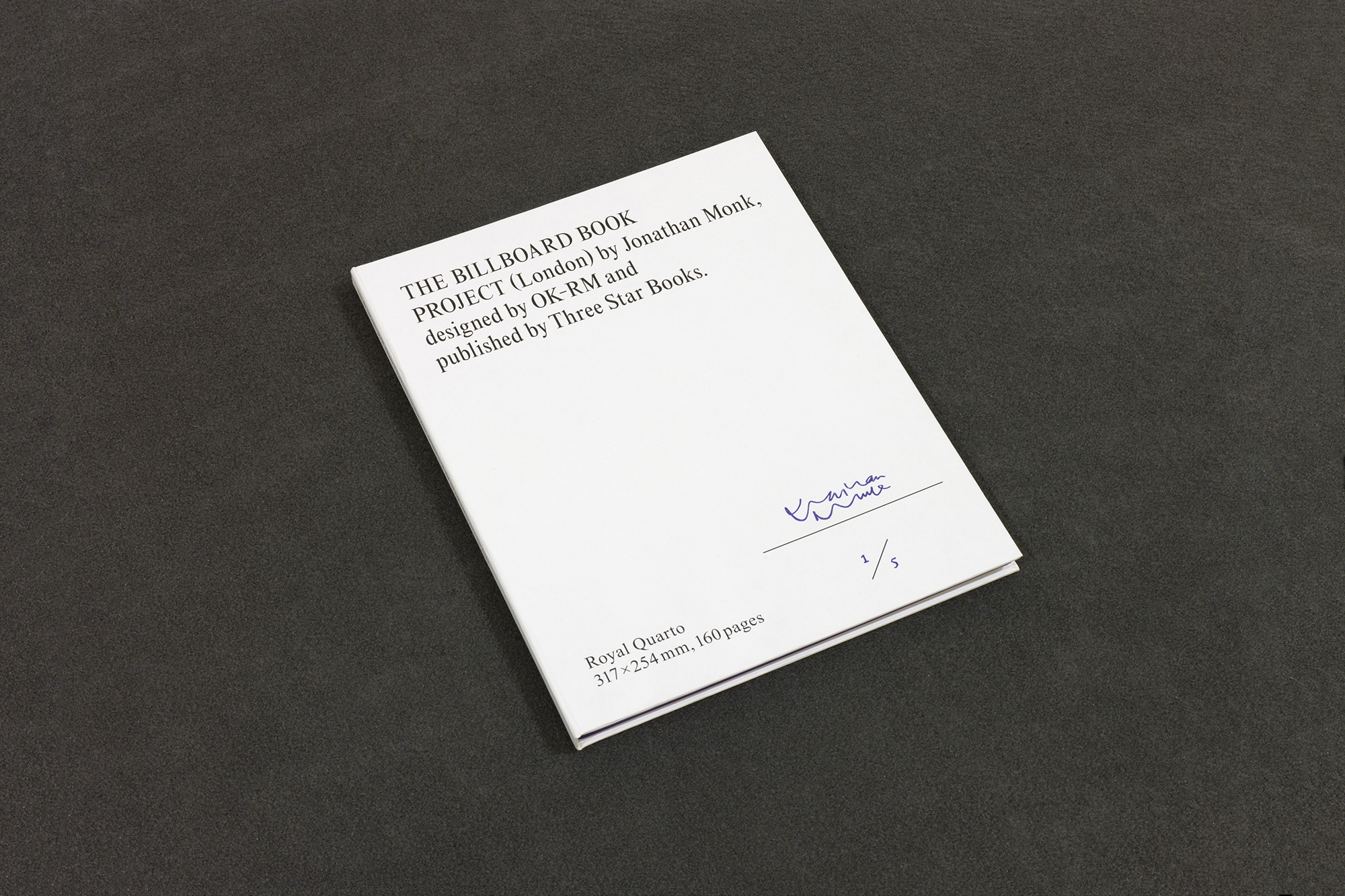 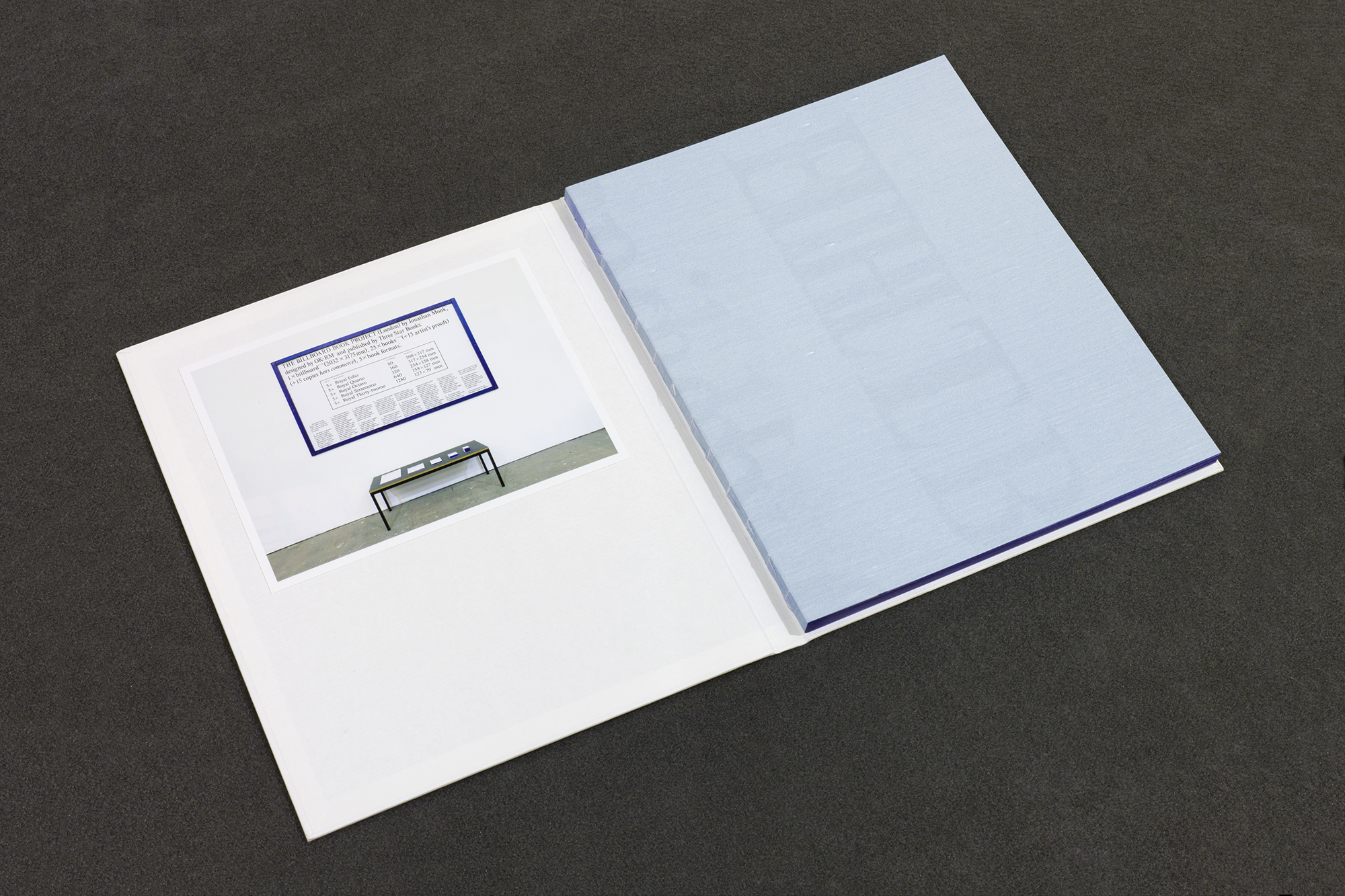 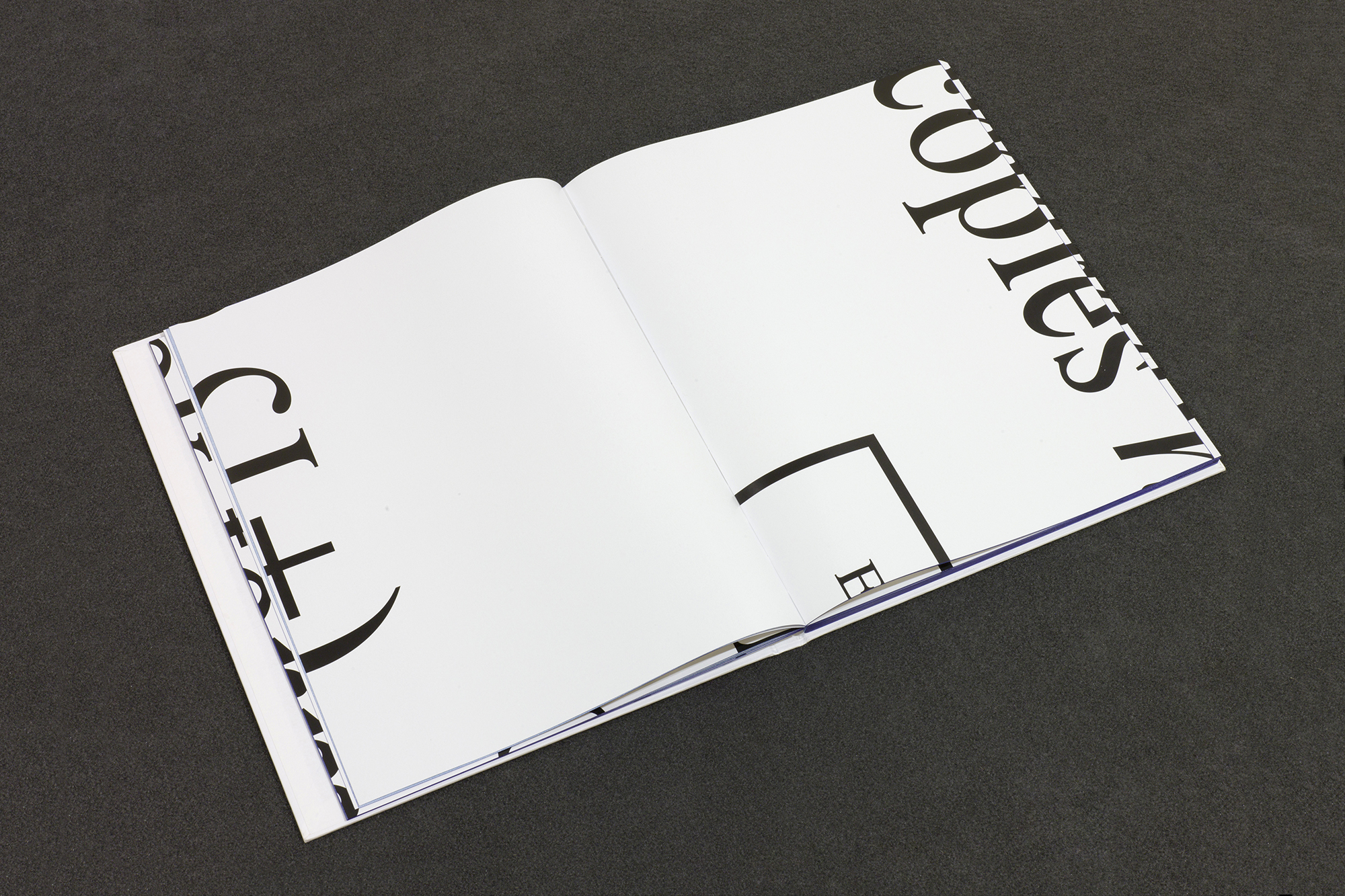 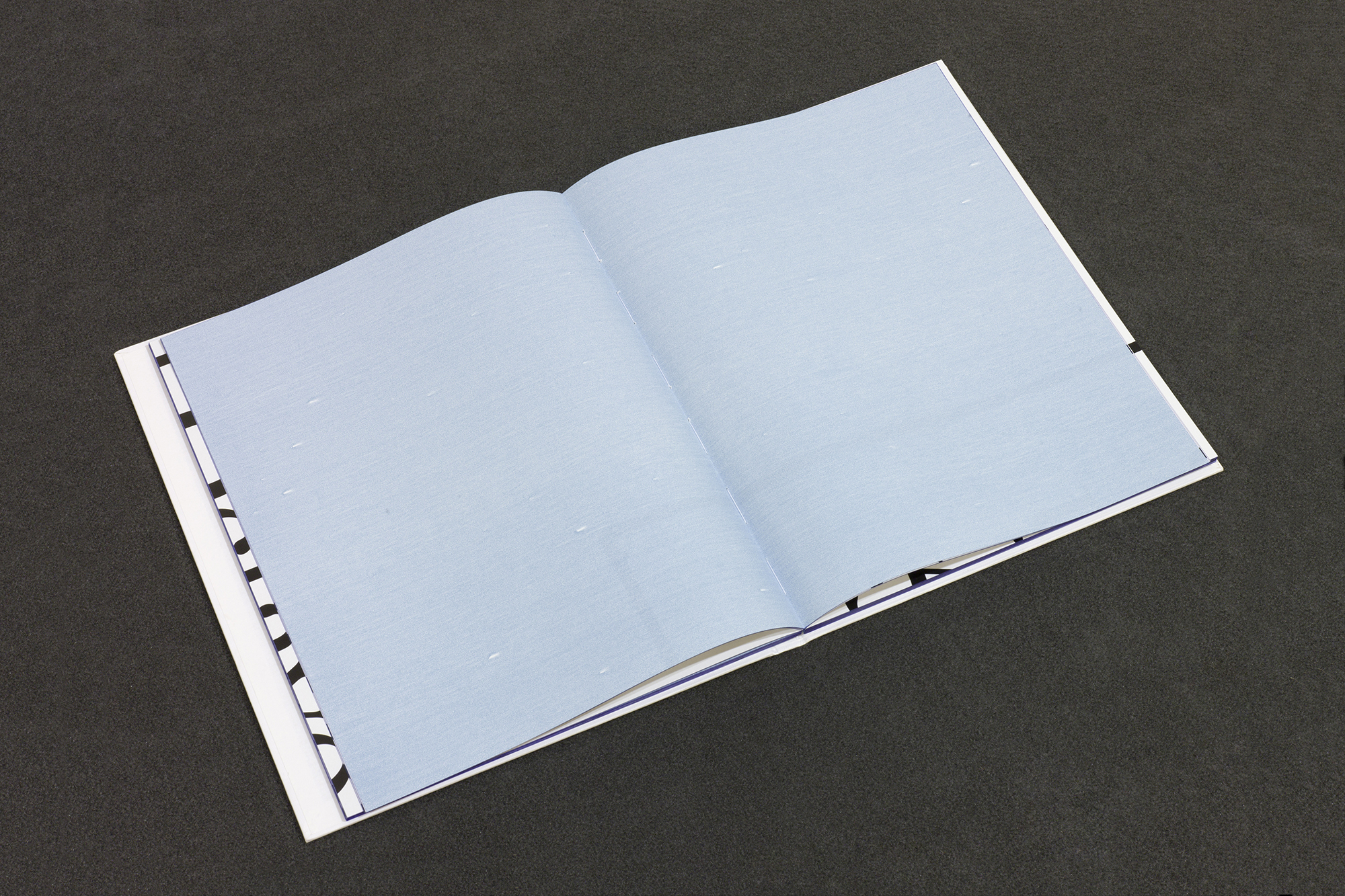 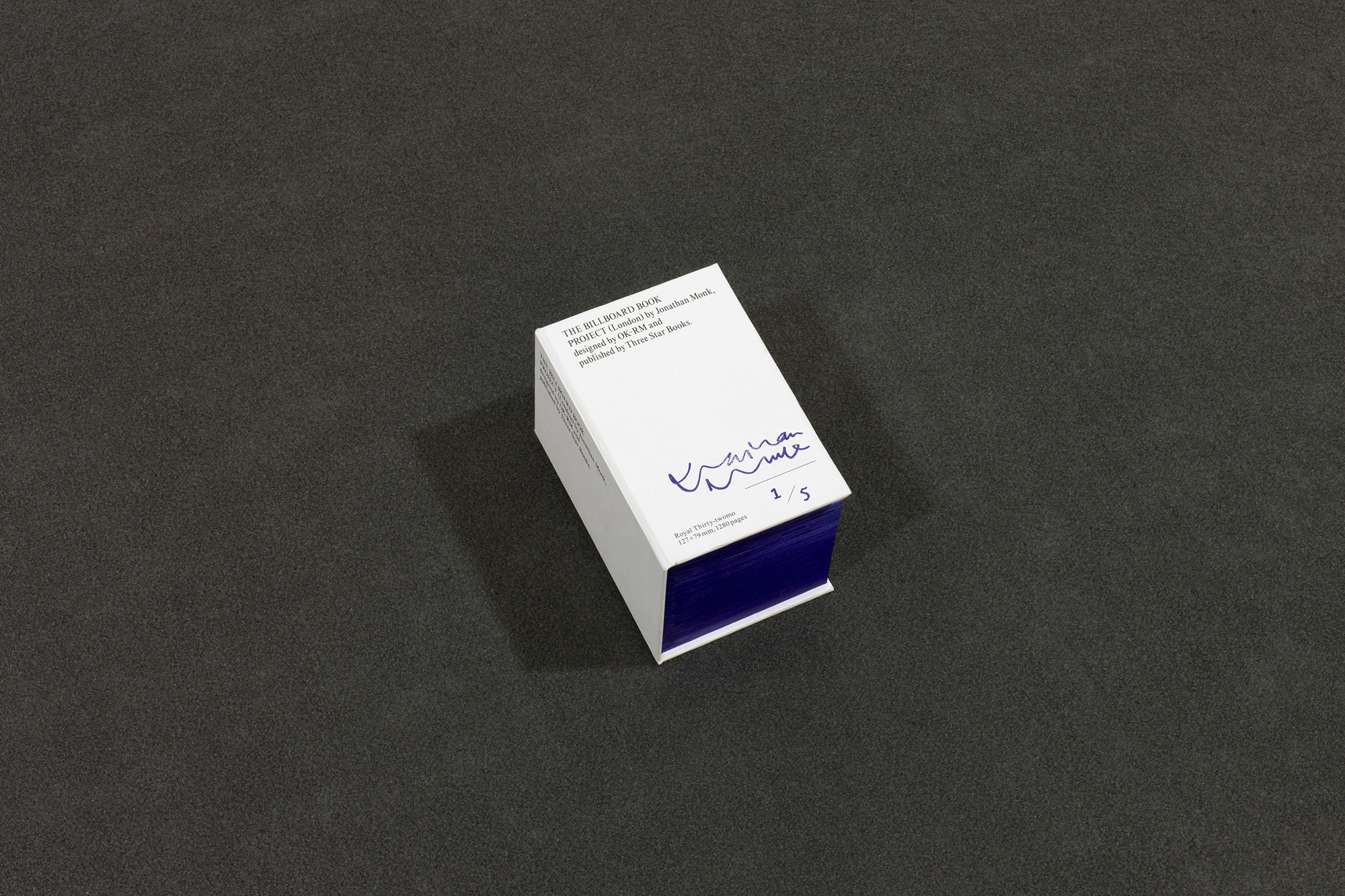 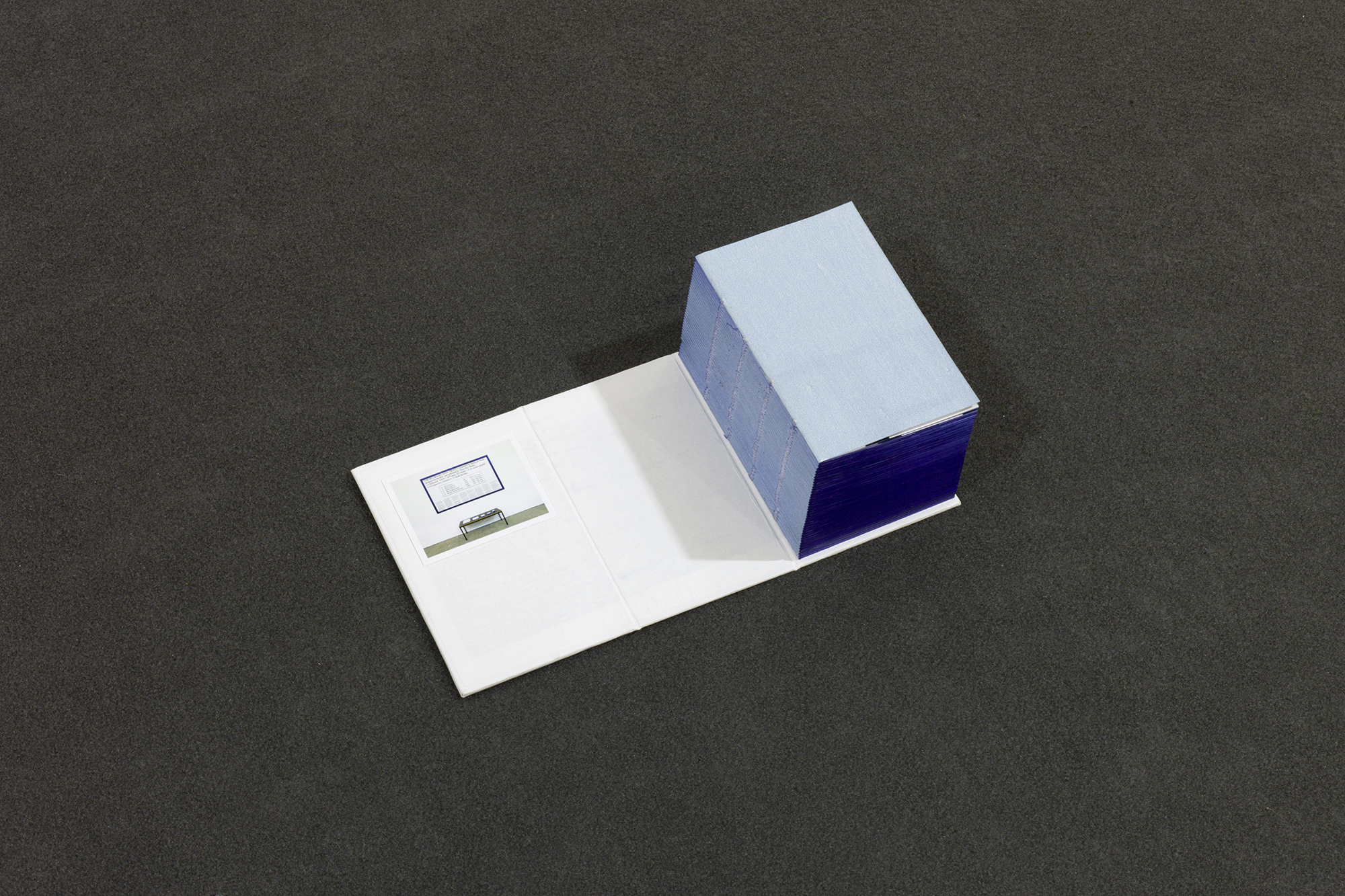