Ex Nihilo is a project by artist Daniel Shea and OK-RM, commissioned by fashion brand 1017-ALYX-9SM in a radical new exercise in creative sustainability which yields a publication, a series of installations and a capsule collection, shown in Paris in January 2019.

The book is a work of fiction, exposing the mysteries of how matter and being appear to emerge from nothing. It is is a physical and an experiential collaboration, exploring transformative material processes and their manifold outcomes. In Ex Nihilo, the refuse from the process of creating becomes a creation in and of itself, shaping and seeding ideas for seasons and works to follow. Themes of circularity, industry and creation collide in the work’s central conceit; that of an artist’s oeuvre, found discarded, and the fictional figures who created it. Through this lens, Shea and OK-RM examine the value and potential of natural resources. Raw materials metamorphose into monolithic structures. Imagined histories meet lived experience. From nothing, something emerges, and is reabsorbed back into the earth for future generations to find.

The edition’s principal component is a book of images, free-flowing and overprinted in an interrogation of offset lithographic techniques. Its cover folded back on itself, the linear narrative that once underpinned this series has been withdrawn so that it has neither beginning nor end. Instead, it cycles through themes from archaeology to industry, and back again, the book’s format demonstrating the same circularity as the images’ content itself. Alongside this book, a signature of pages alludes loosely to an archive of long-lost works, while a series of six posters gestures towards the life of the imagined artist behind them. 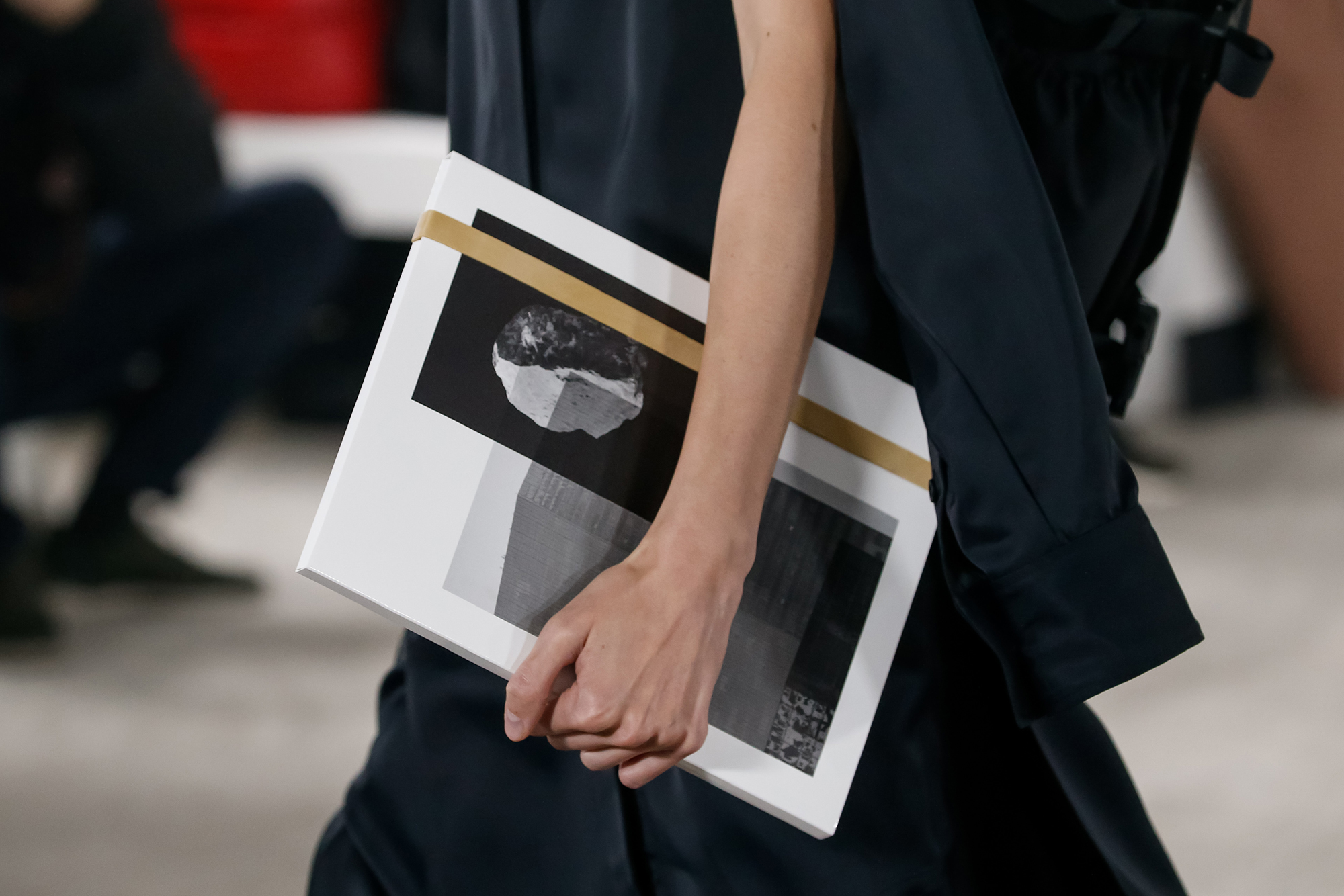 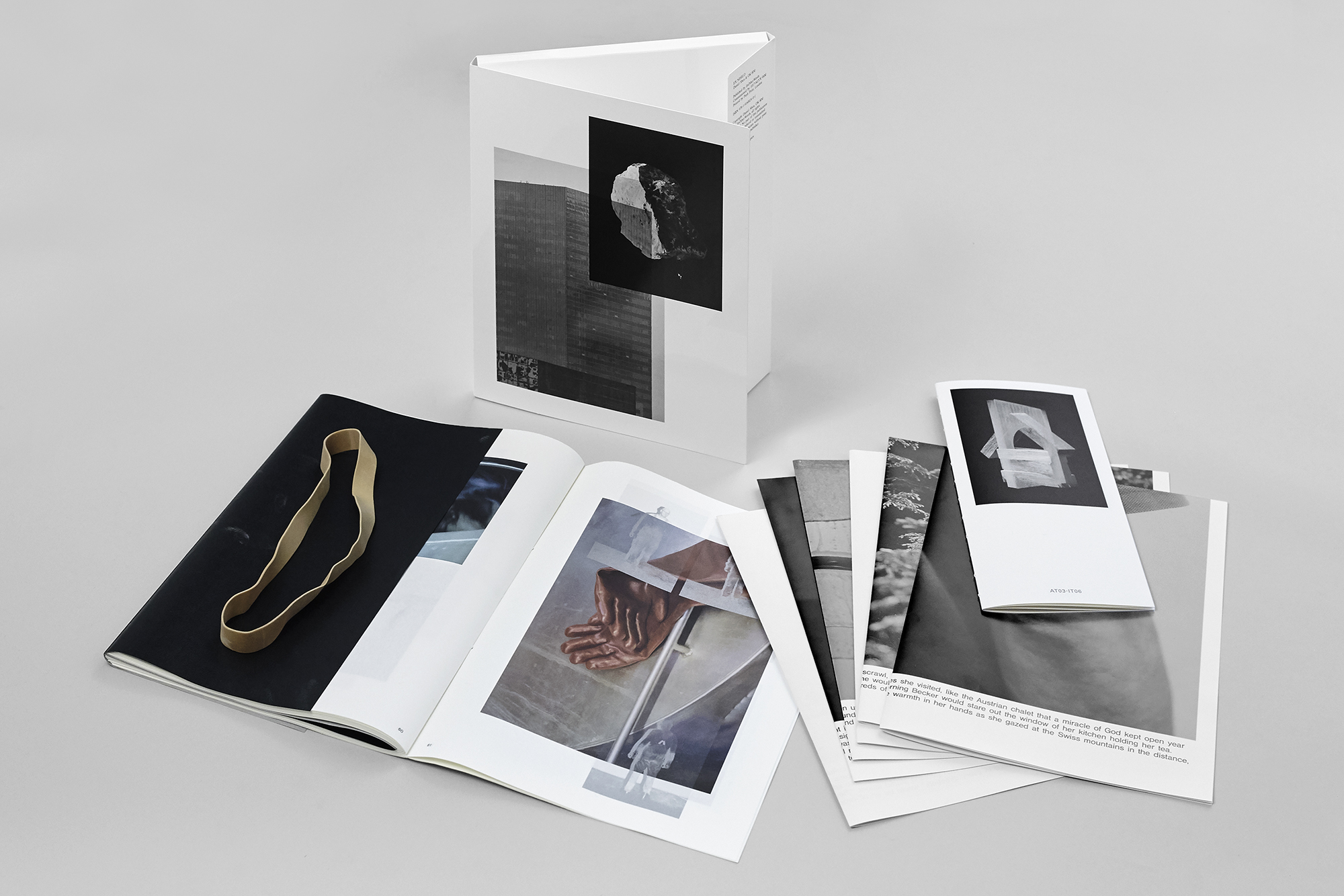 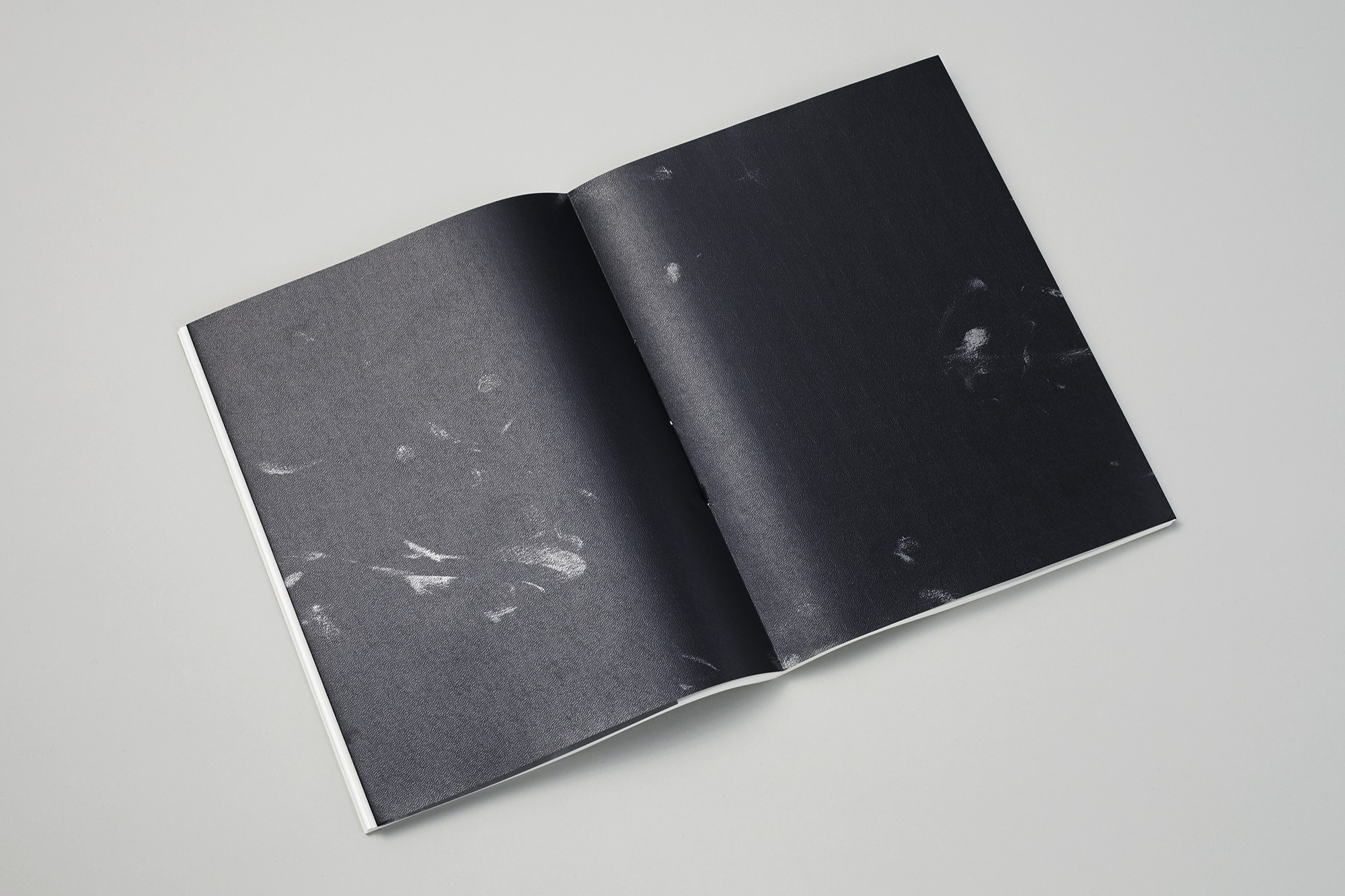 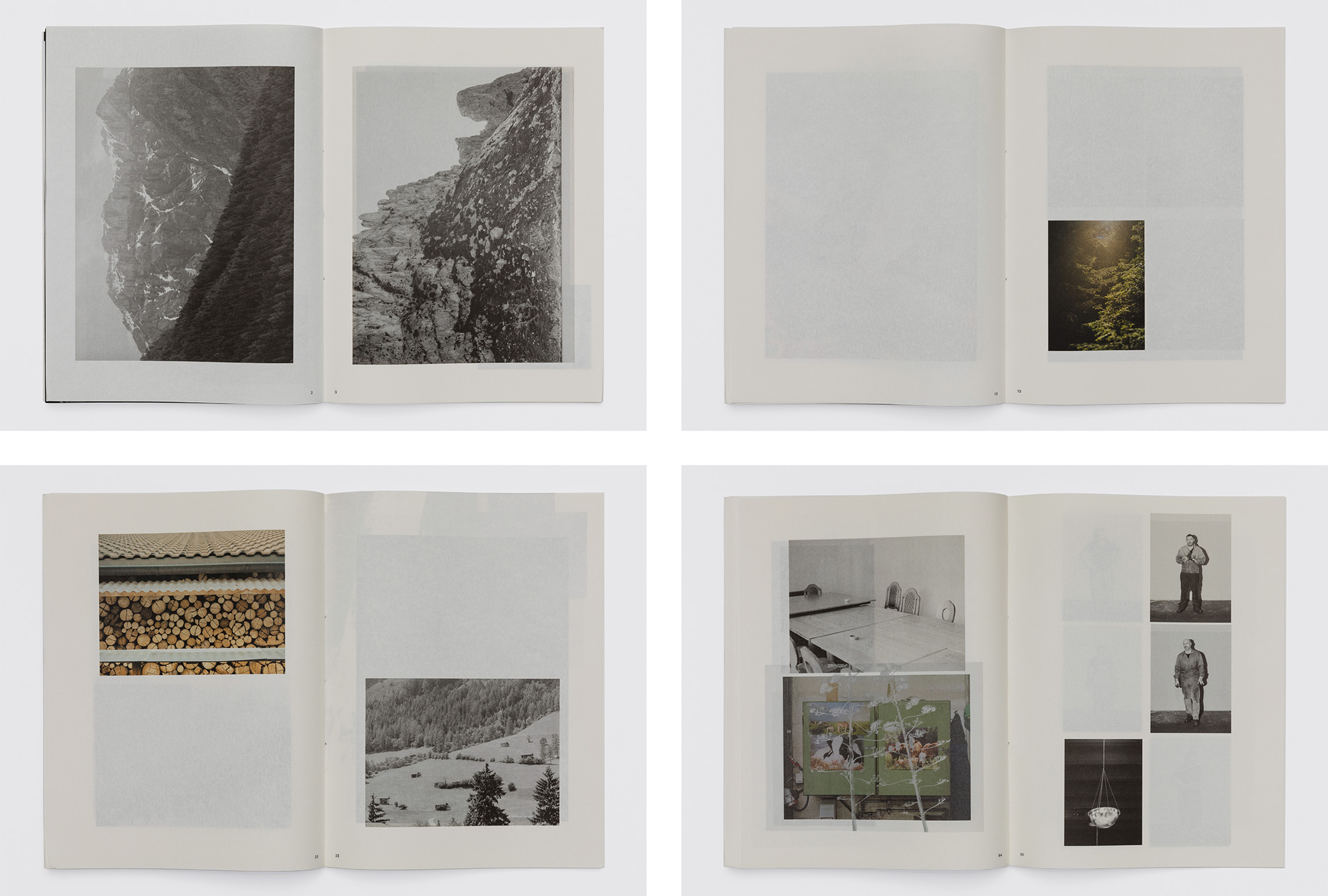 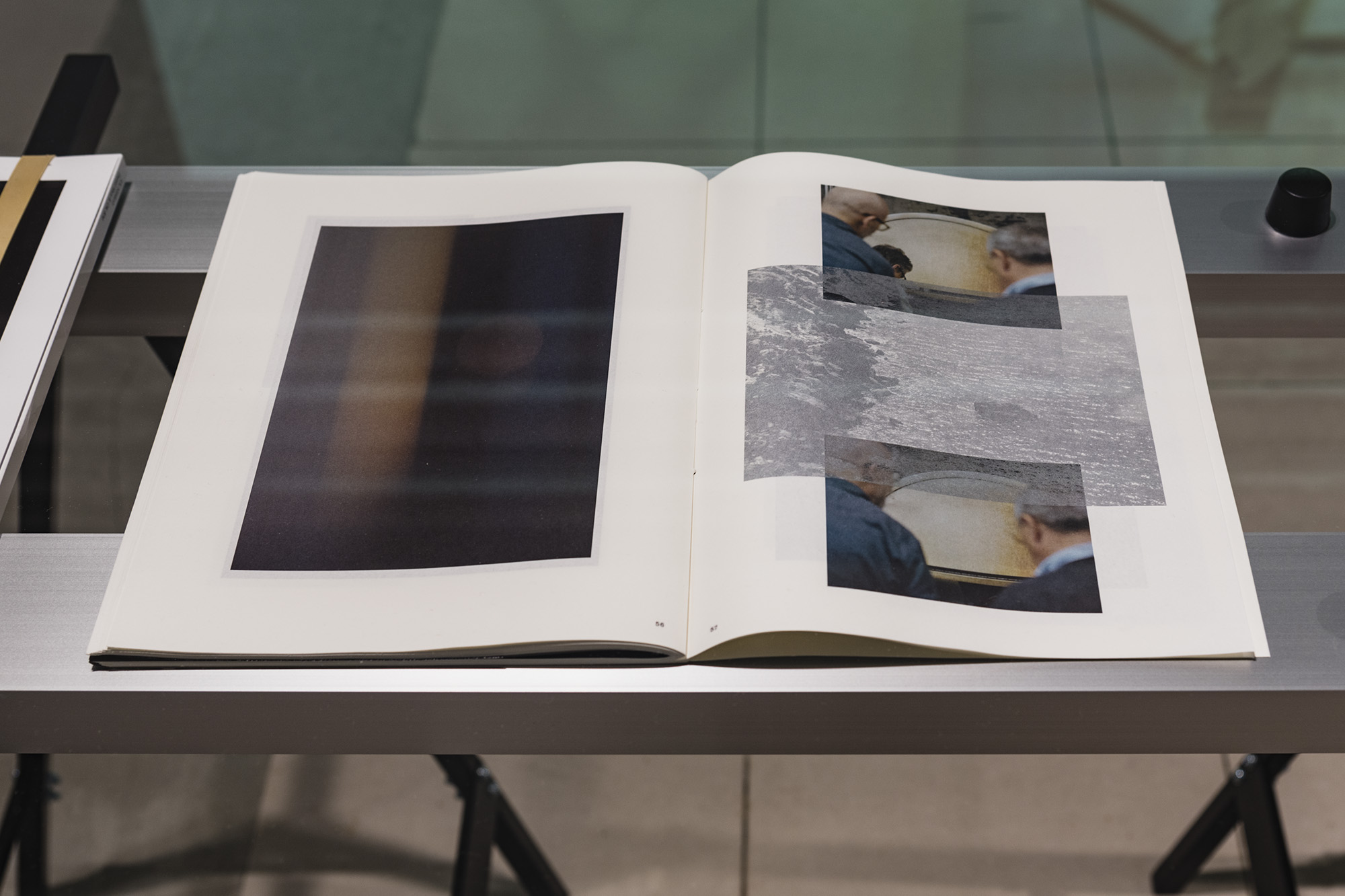 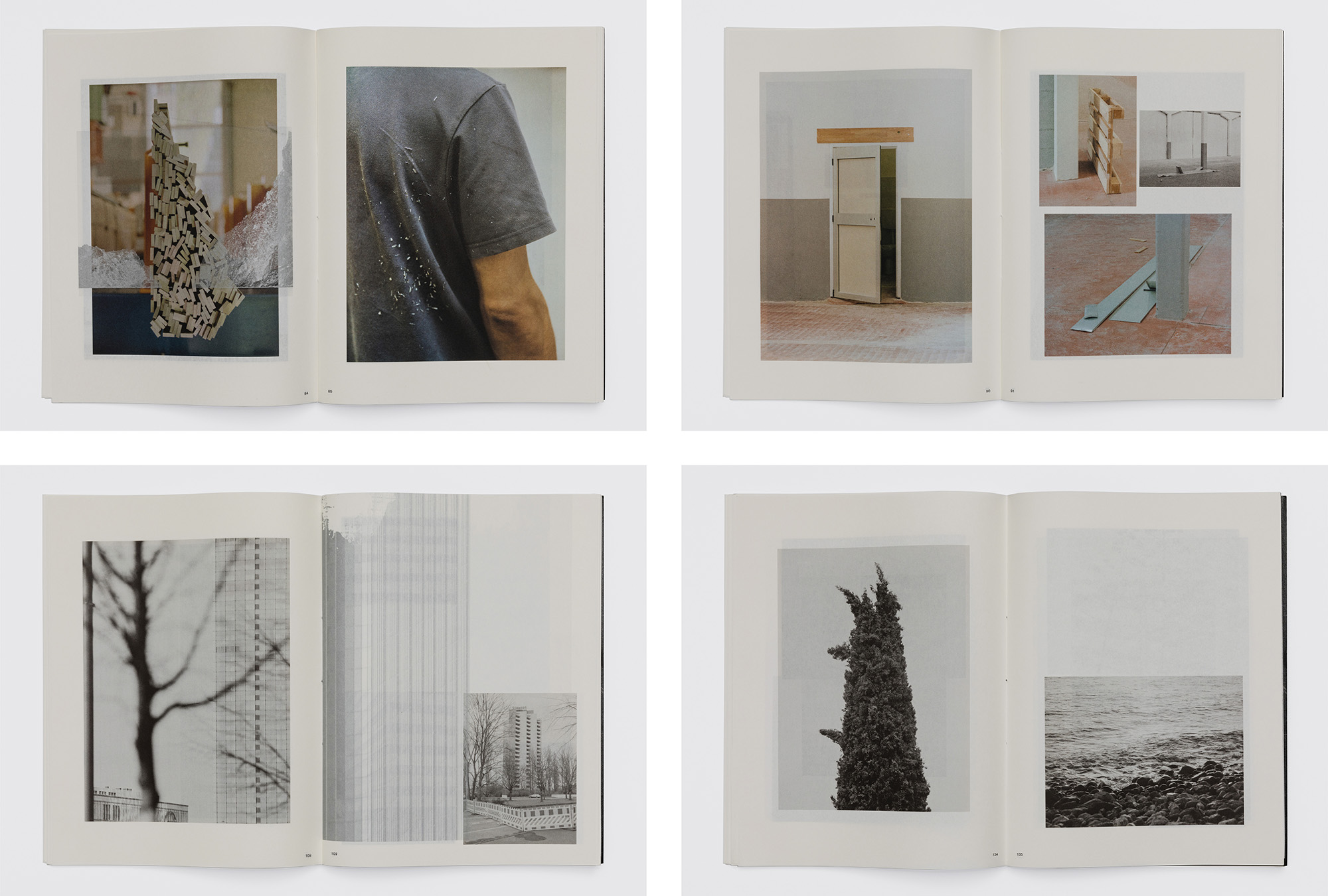 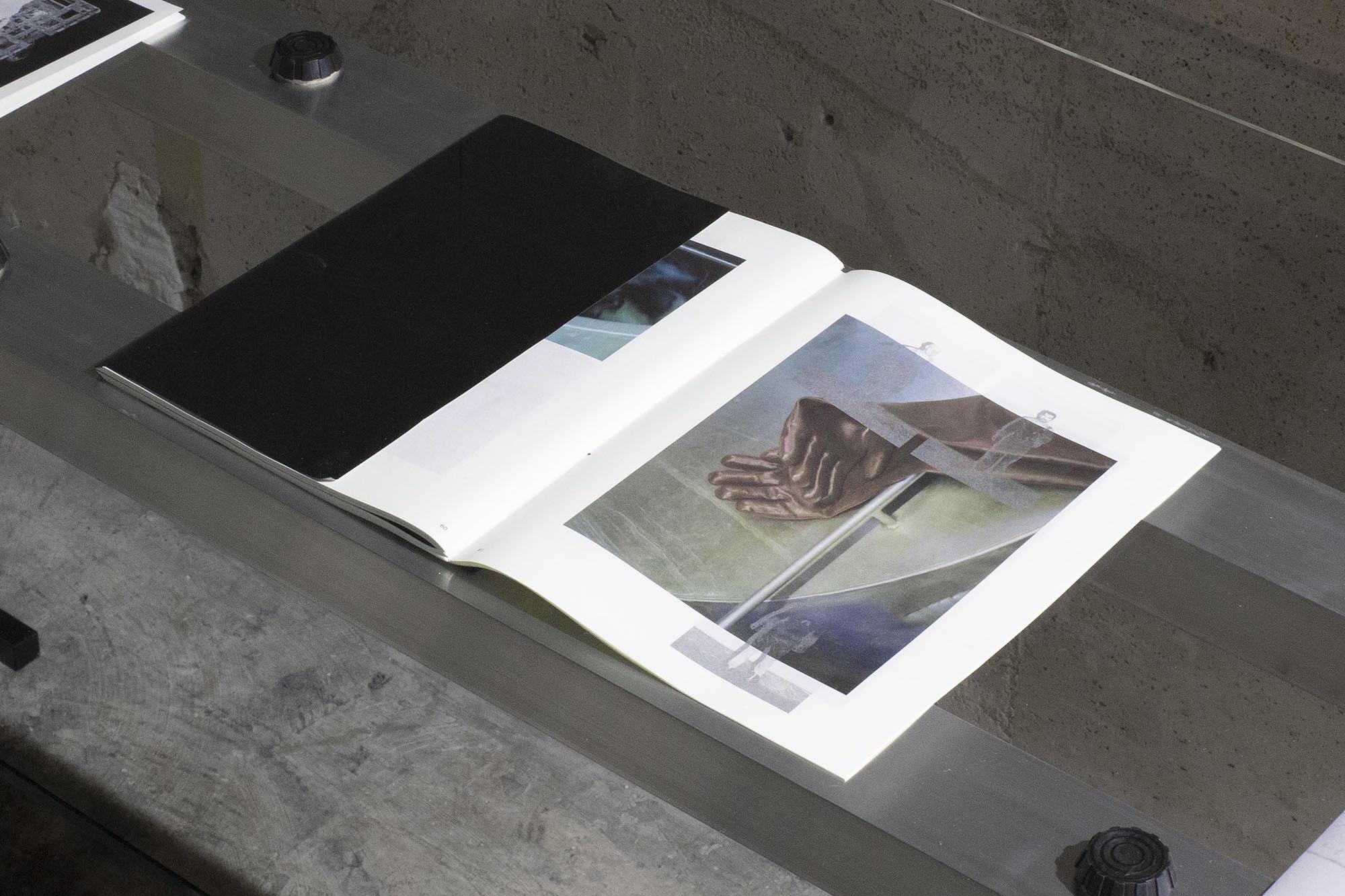 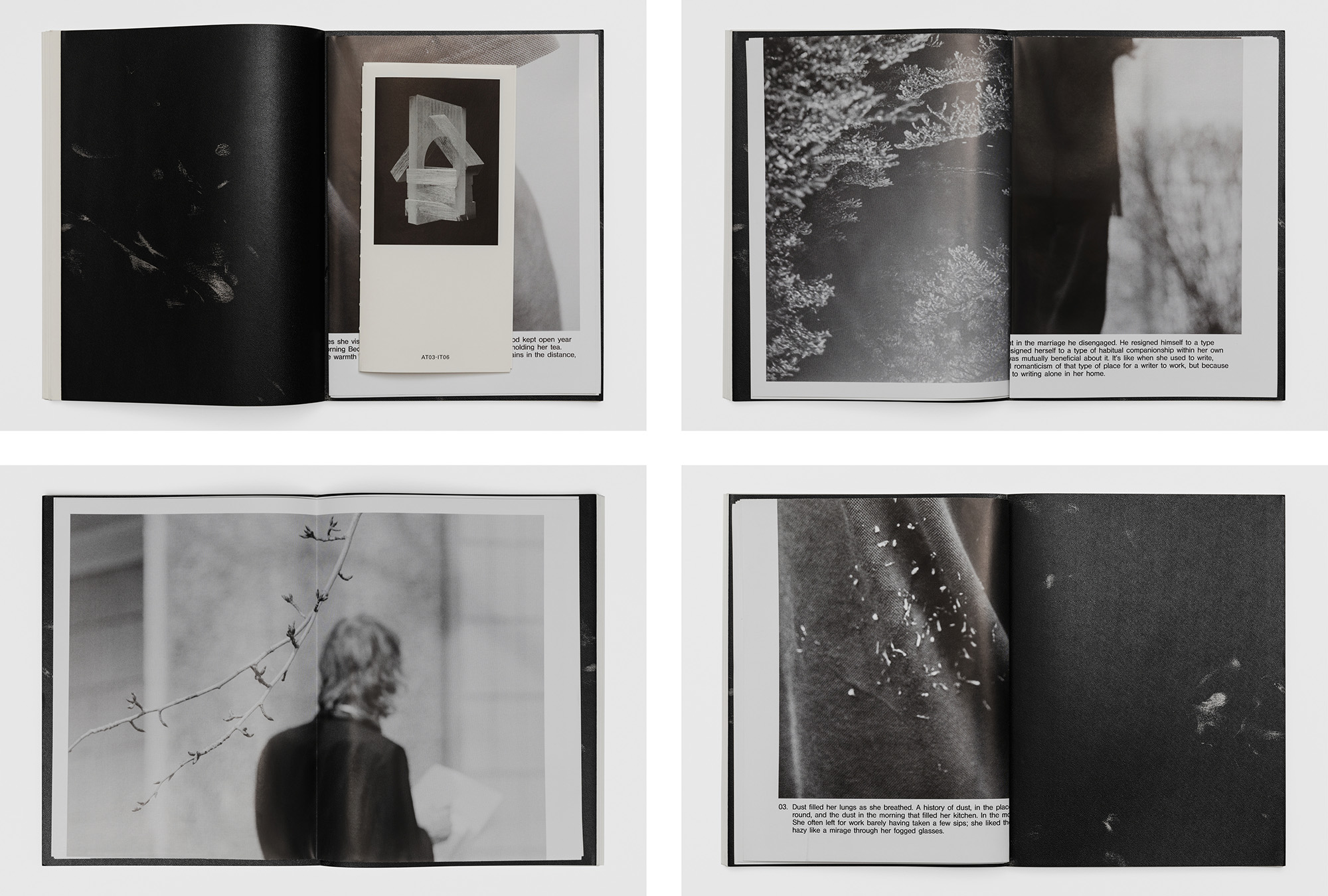 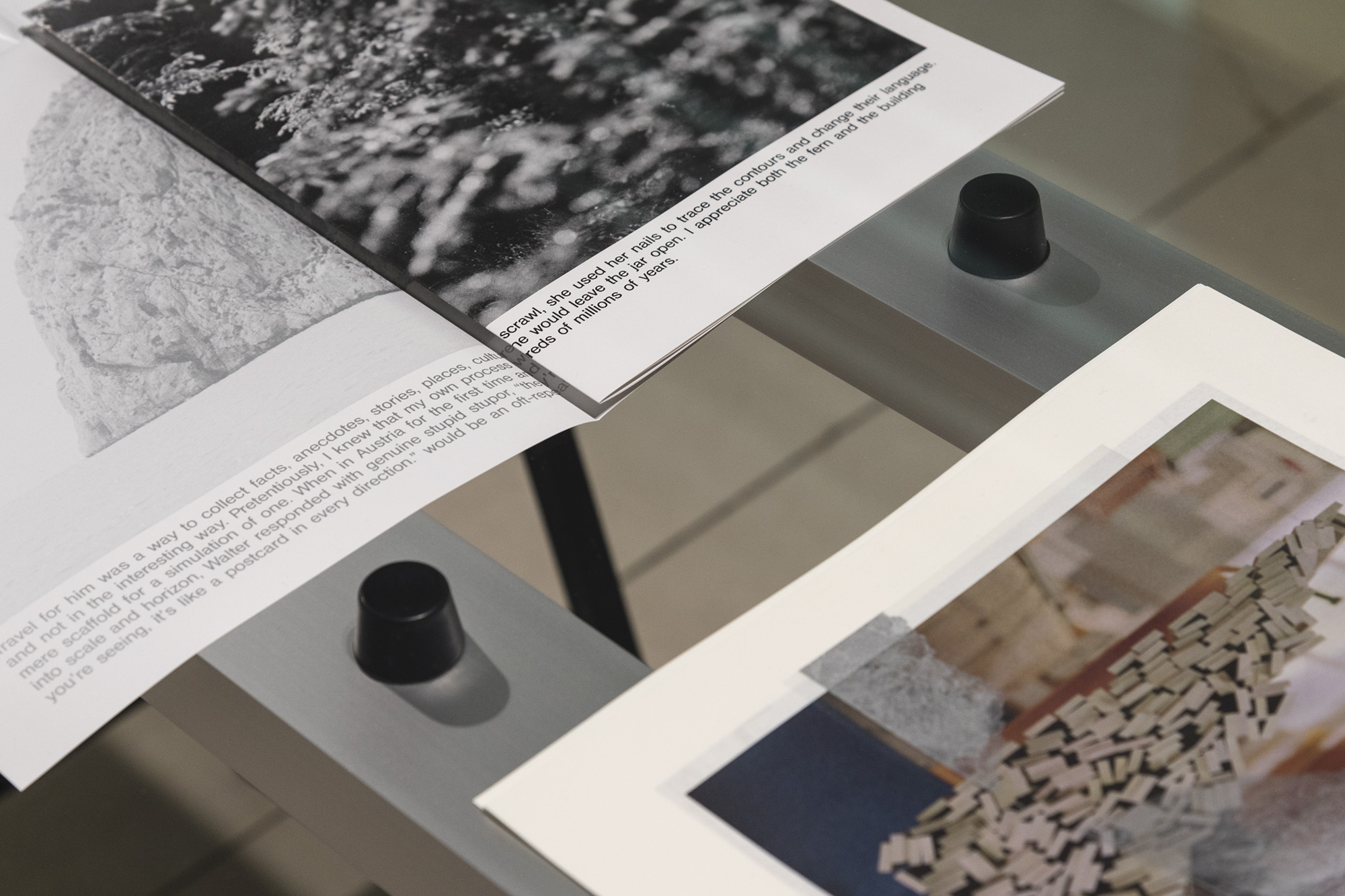 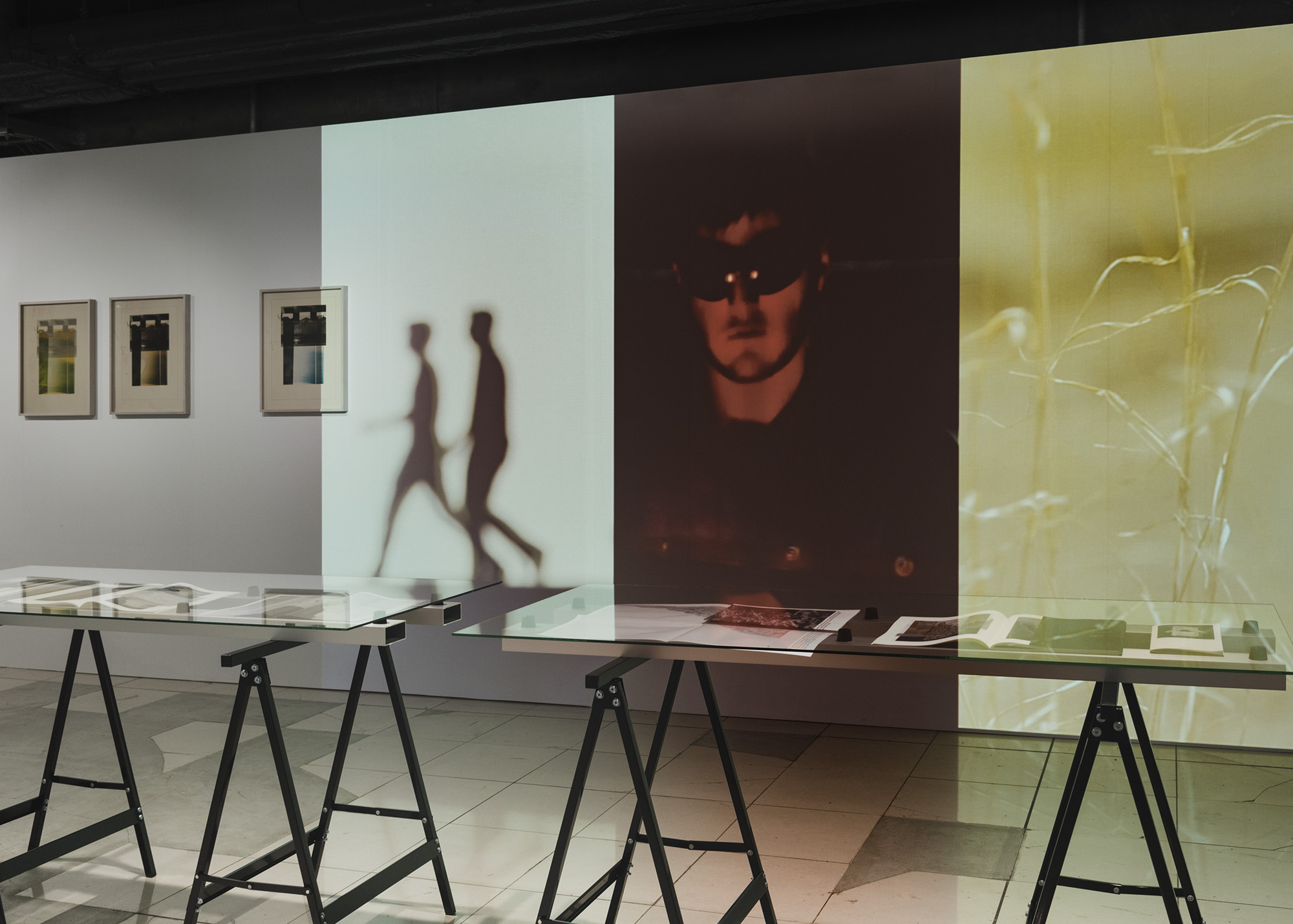 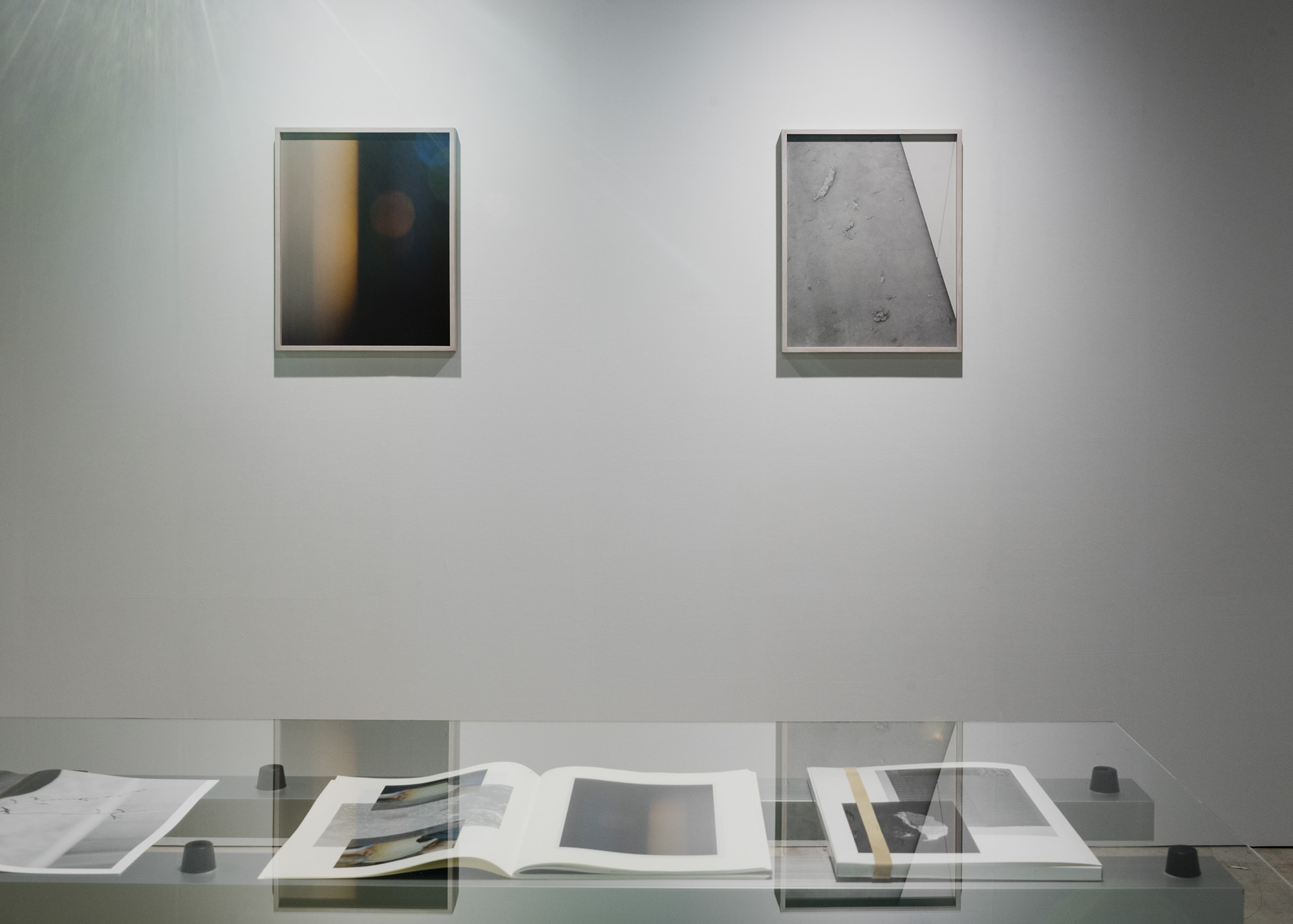 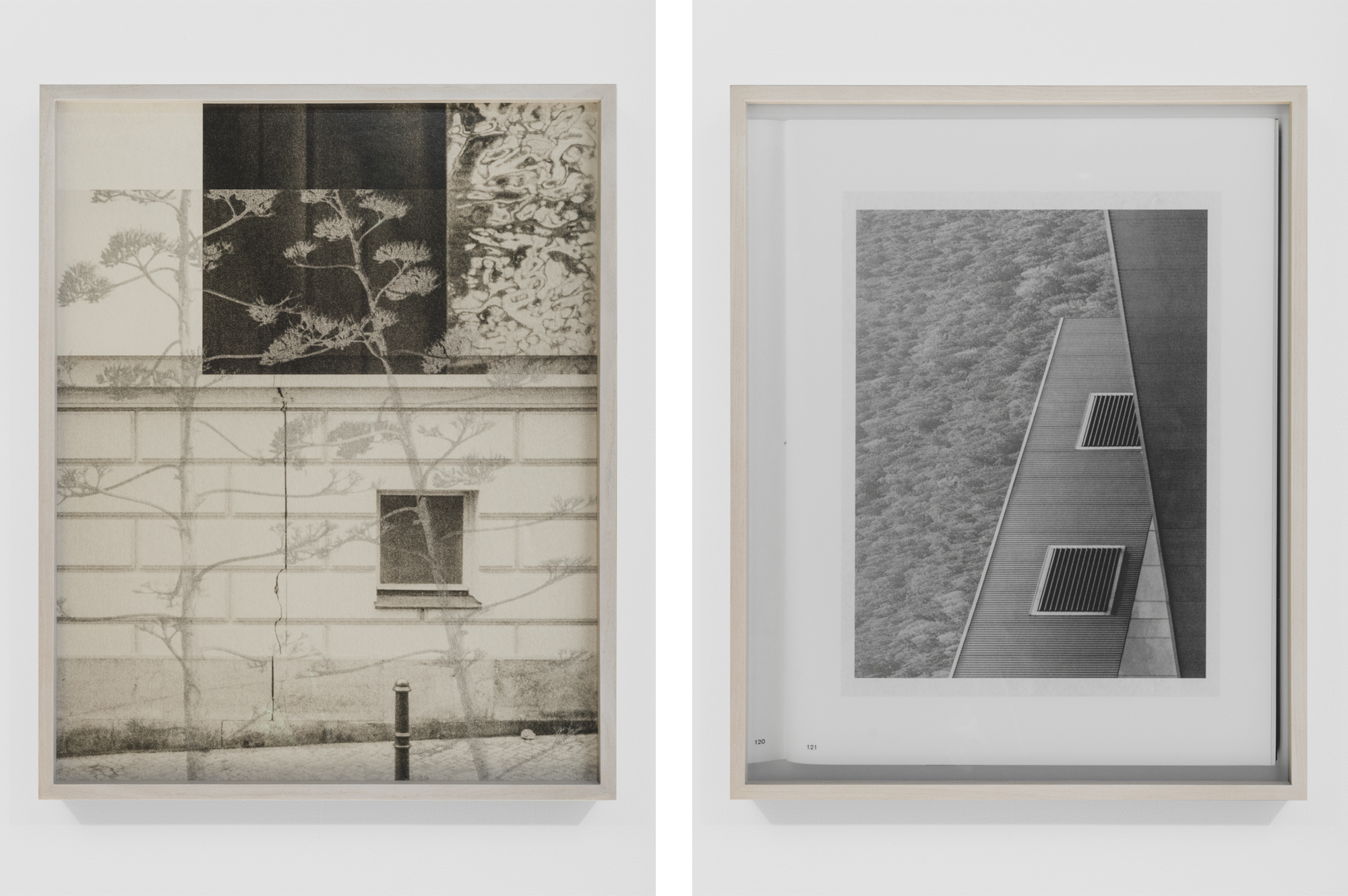