Designing the Surface is an exhibition presented by the Het Nieuwe Instituut which focuses on the surface – the final layer applied to base materials to turn them into working objects. The exhibition – the result of a dialogue between product designer Chris Kabel and Koehorst in ’t Veld – approaches the phenomenon of ‘finish’ by presenting a series of pavilions which focus on a set of key themes: Patina, Lustre, Faux, Agency, Teflon and Smart.

The spatial design presents the exhibition as a funfair in which each pavilion competes for attention with a paradoxically diverse uniformity. Our proposal was to imagine these pavilions as a stage for a play in 6 acts, which would engage the presented objects in a fictional narrative.

Borrowing from the vernacular of the theatre we developed a play formed of two layers – Scenario and Narrative – working closely with writers Jack Self and Kate O’Brien. The Scenario layer sets the scene for each pavilion, whilst the narrative layer presents an experimental synthesis of fact and fiction, science and poetry.

Visitors enter the exhibition through the backstage – a black room featuring large scale animations – equipped with a script in paperback book form. The script is made up of 6 acts, each relating to a pavilion which is signposted by way of a scenario text and an extract. Each object in the show is numbered and can be cross-referenced back to a specific page of the script or a more formal caption system. 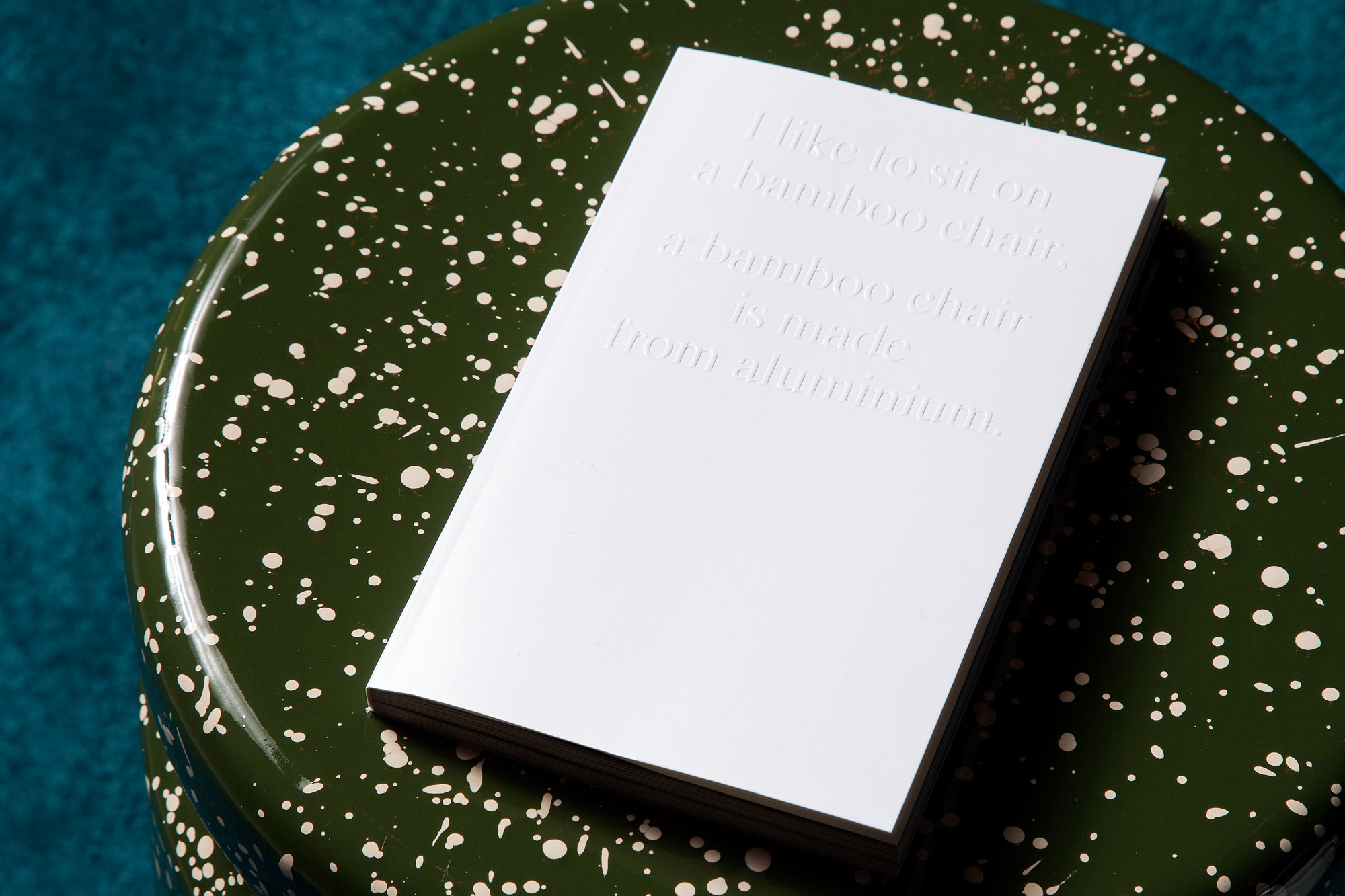 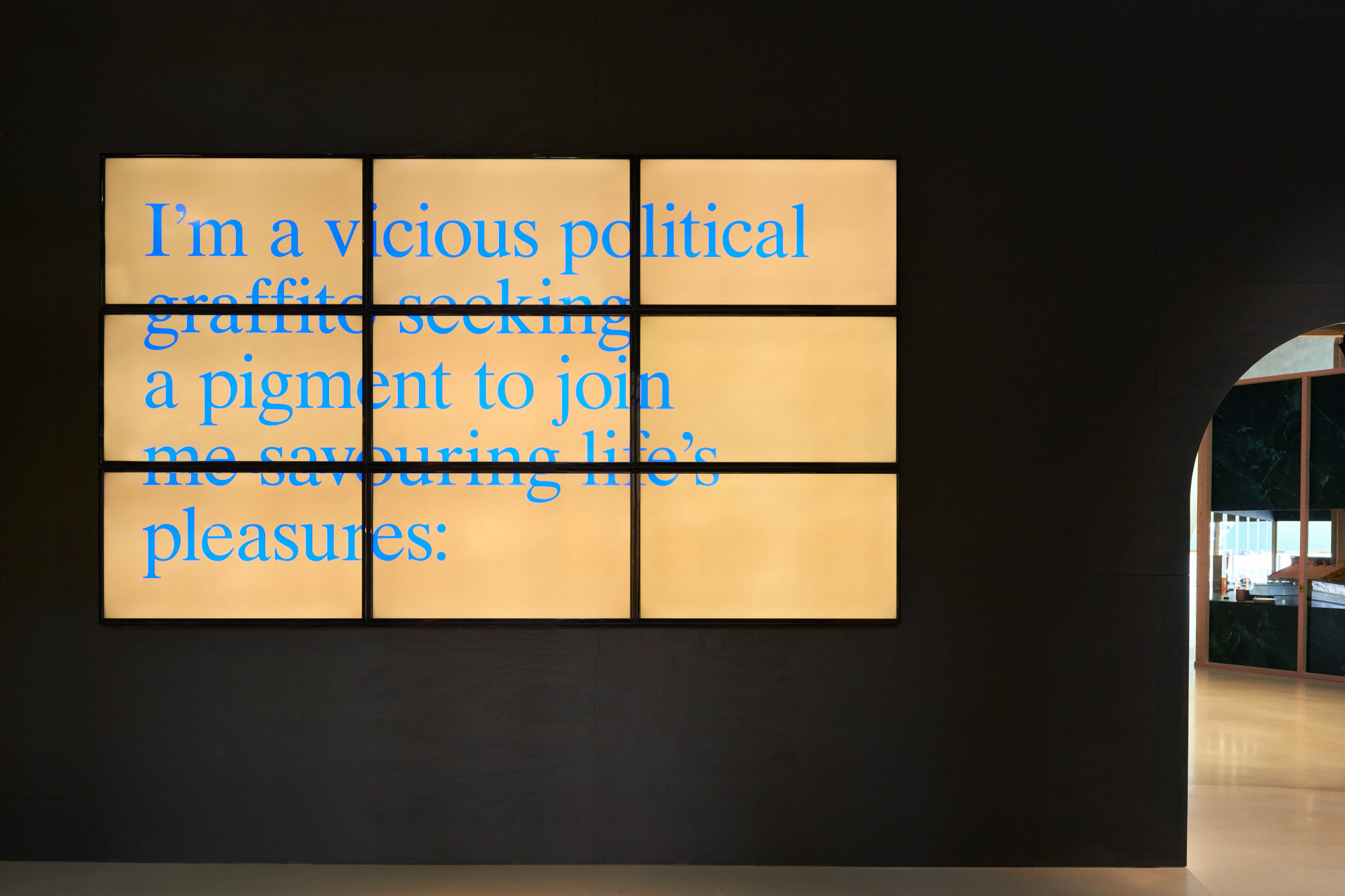 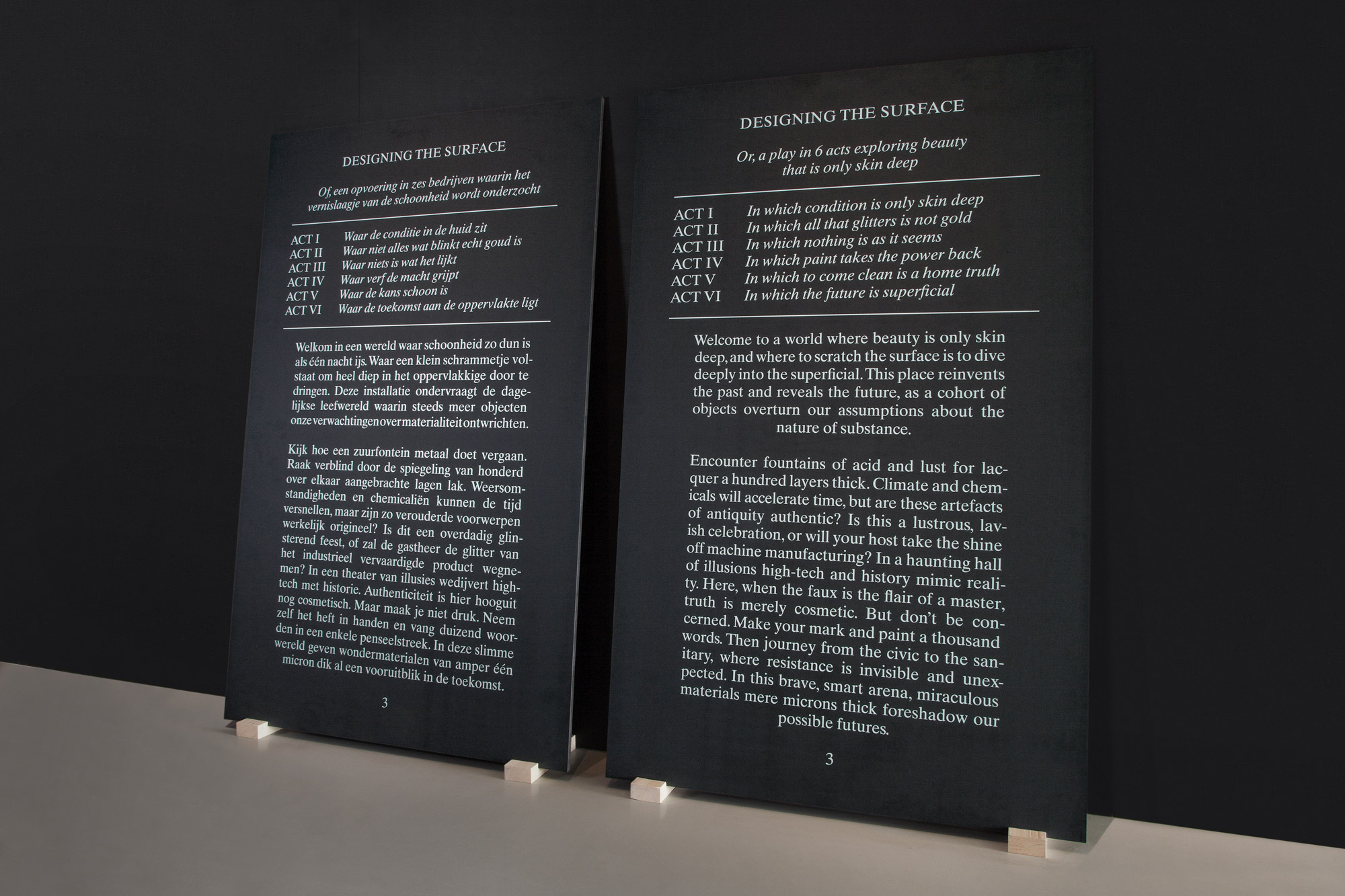 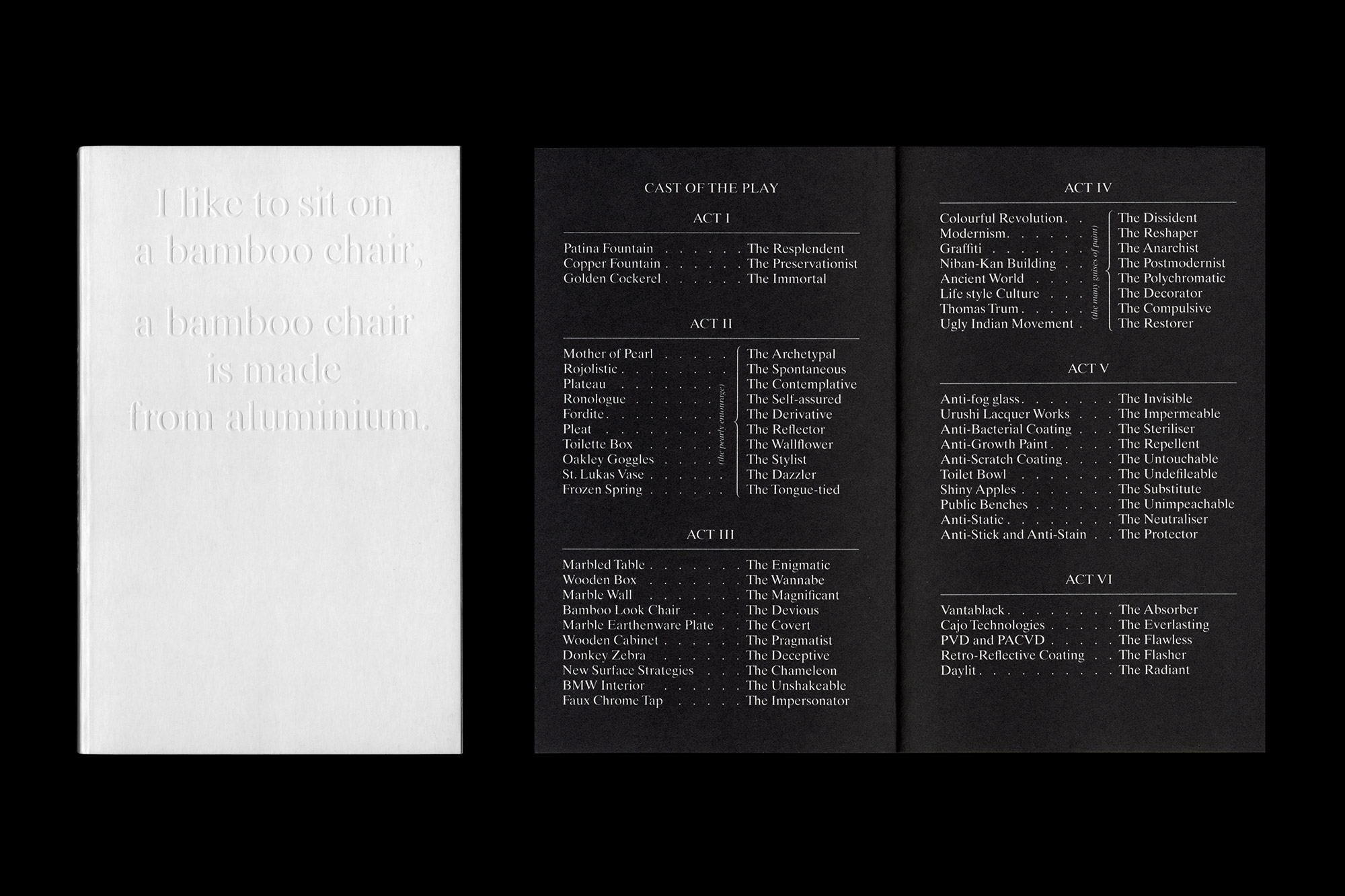 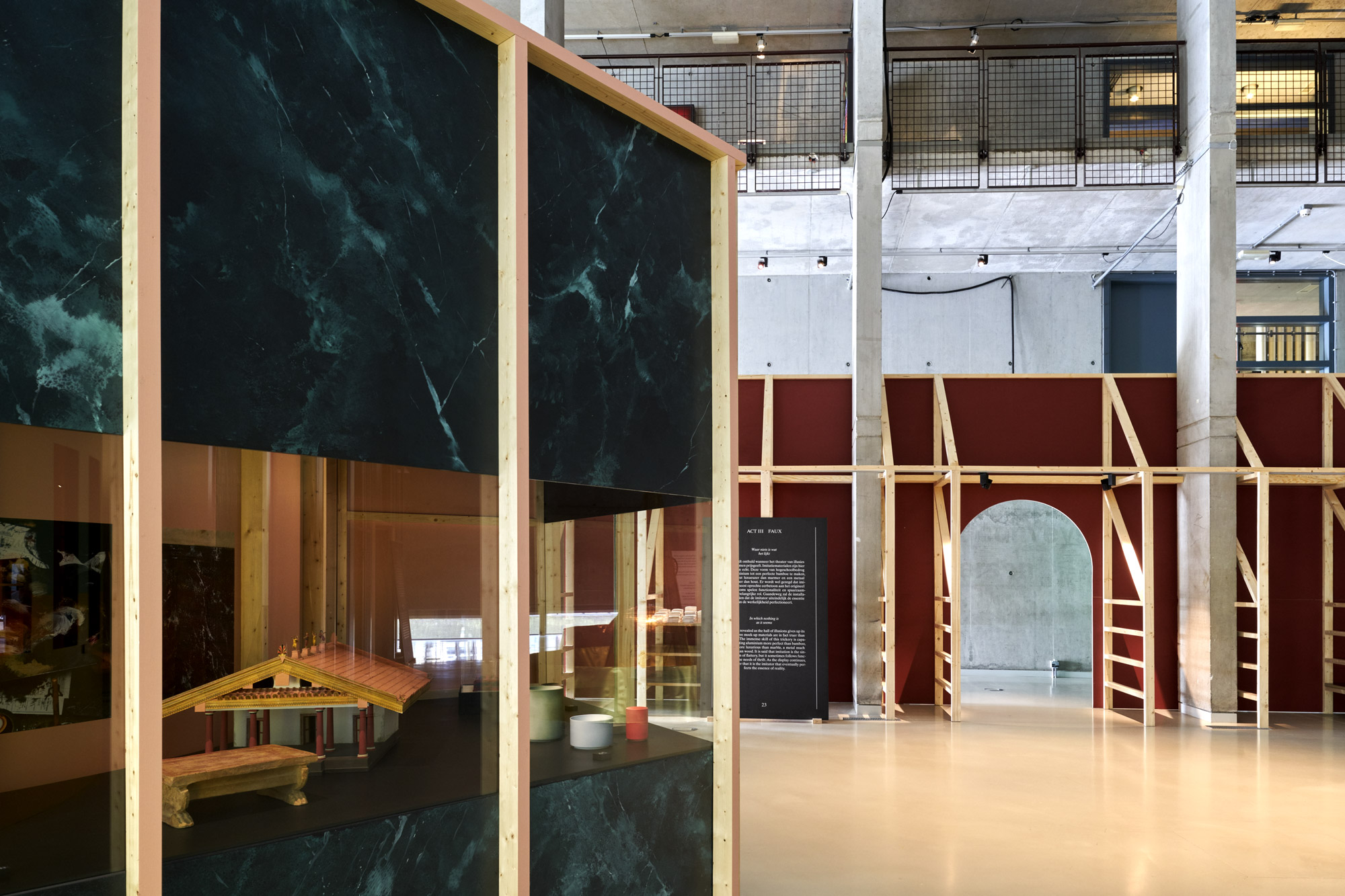 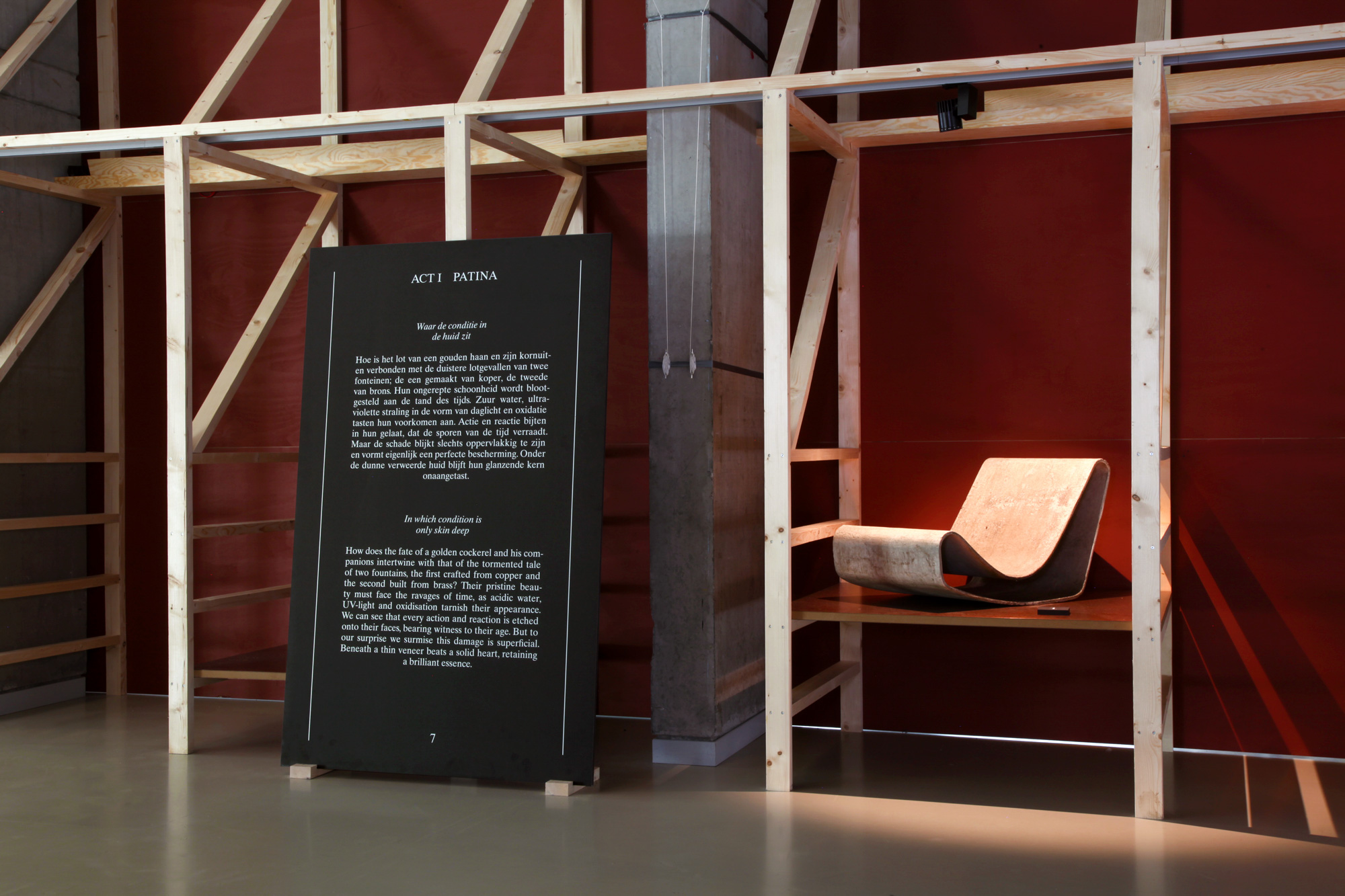 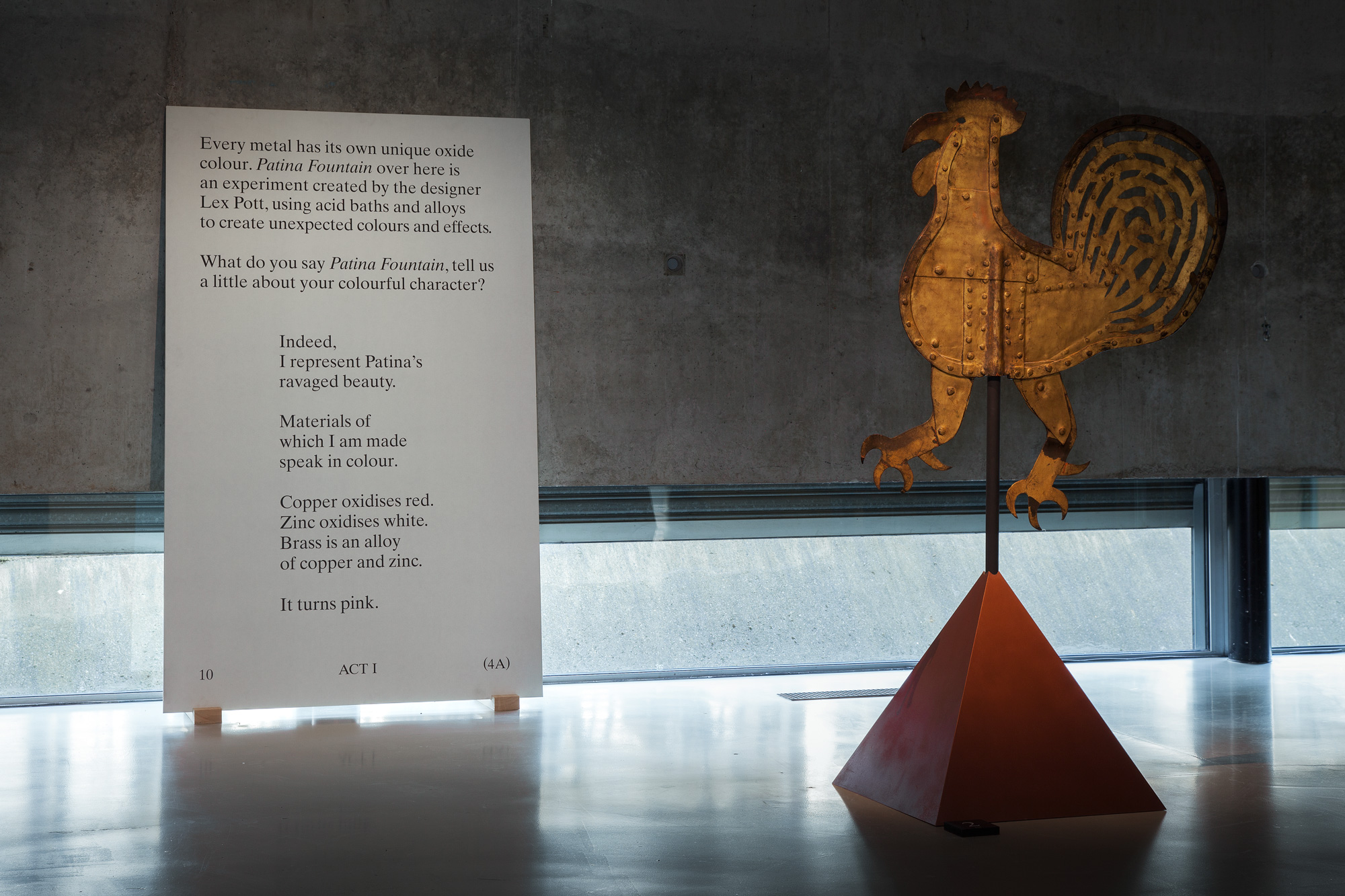 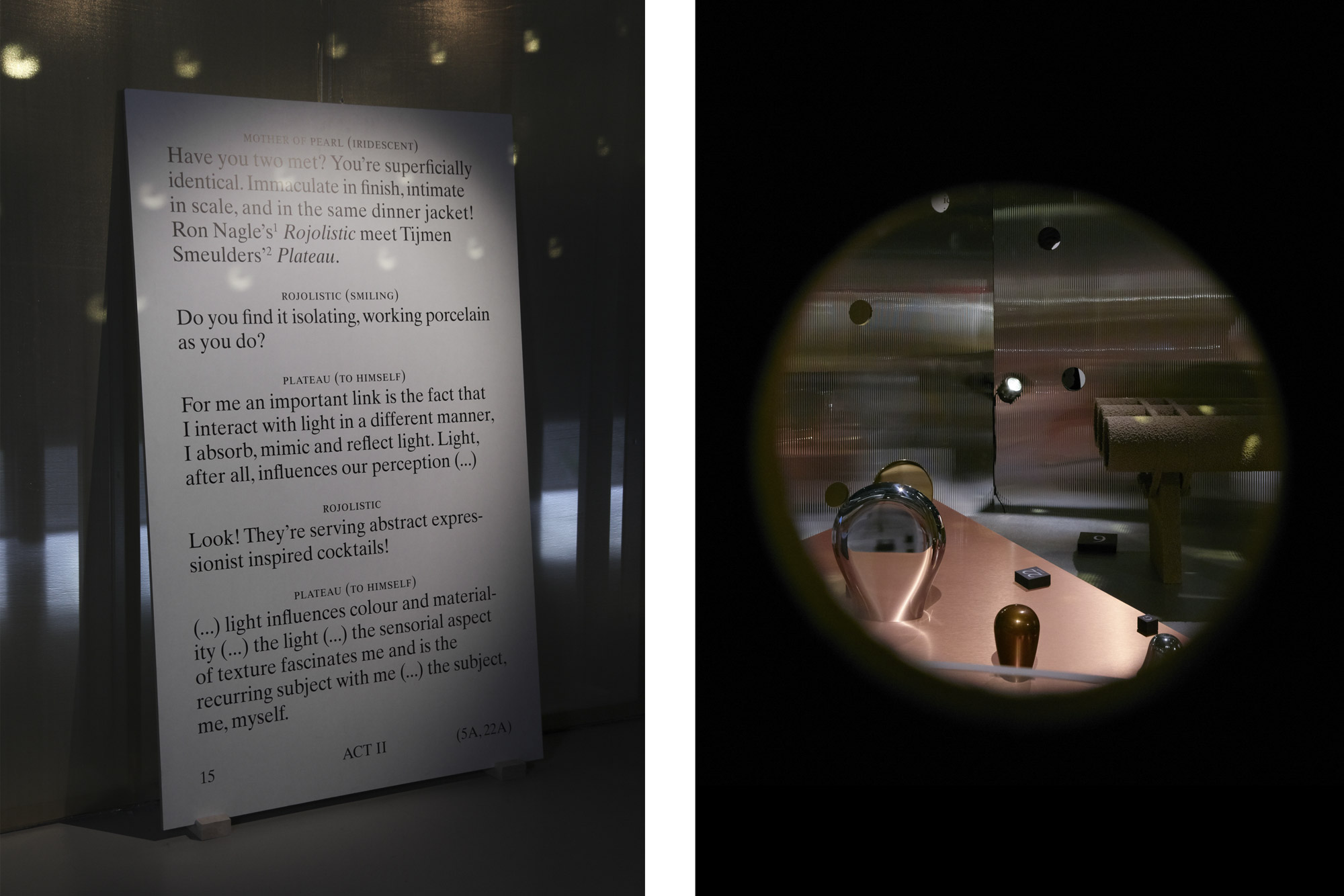 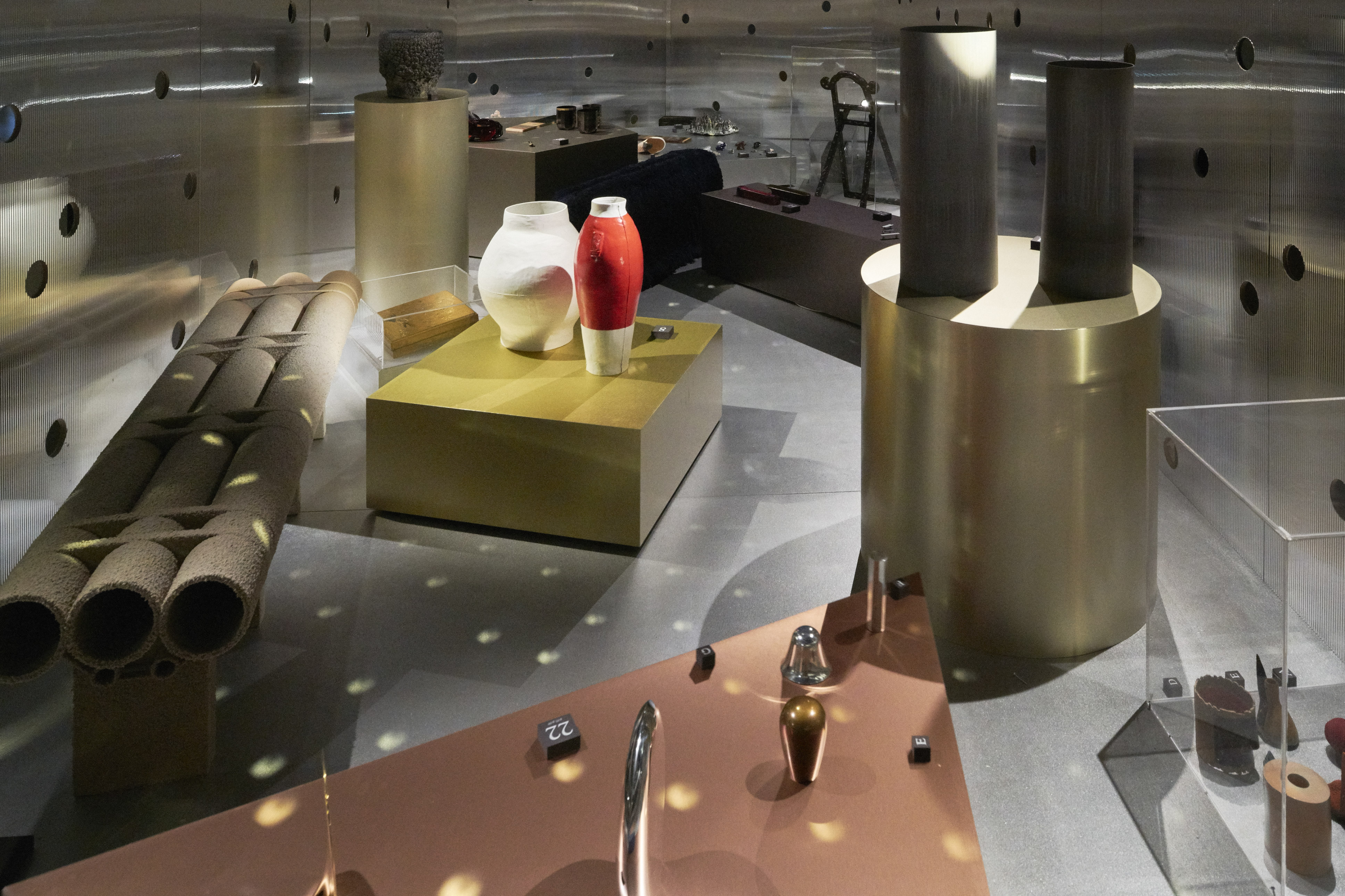 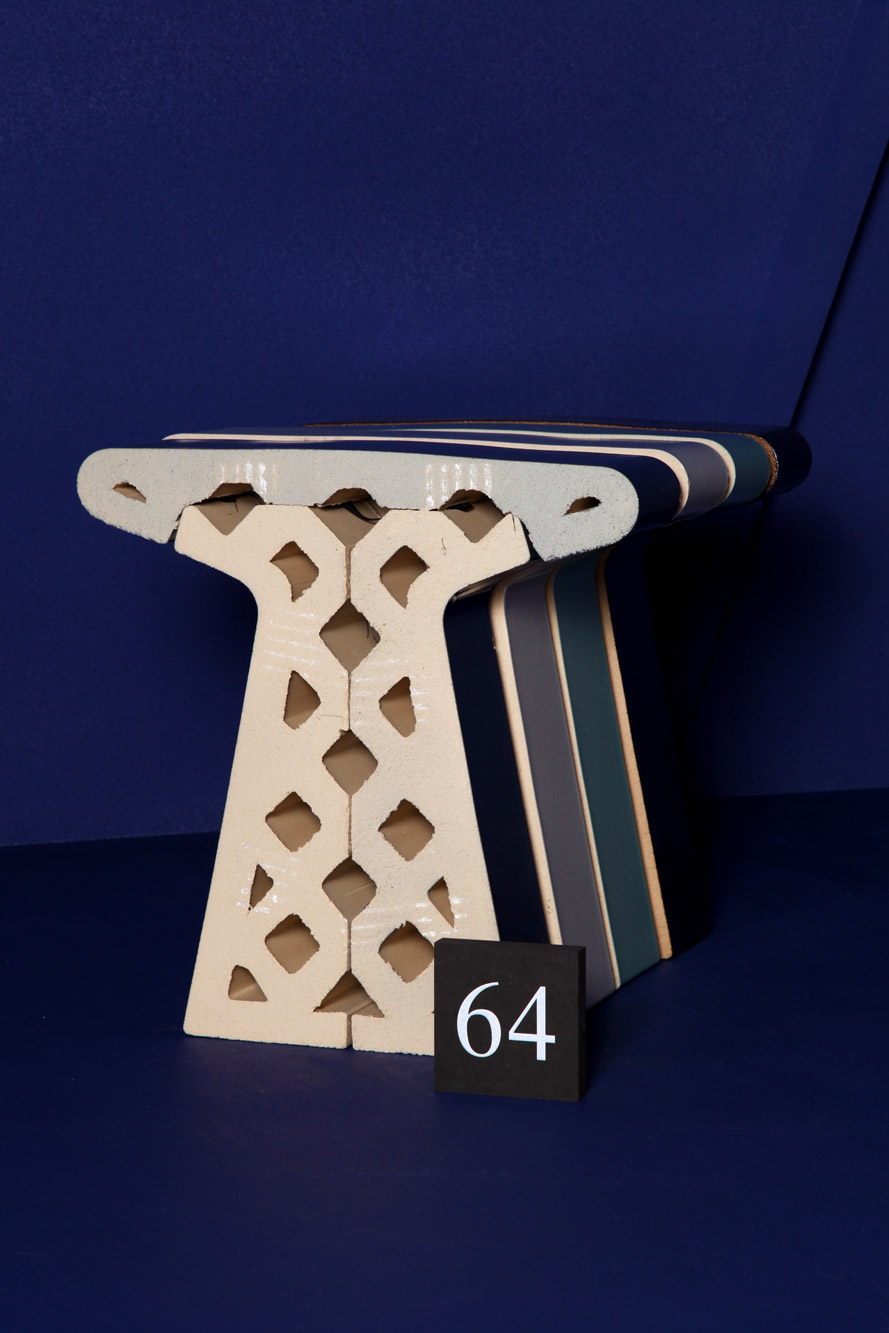 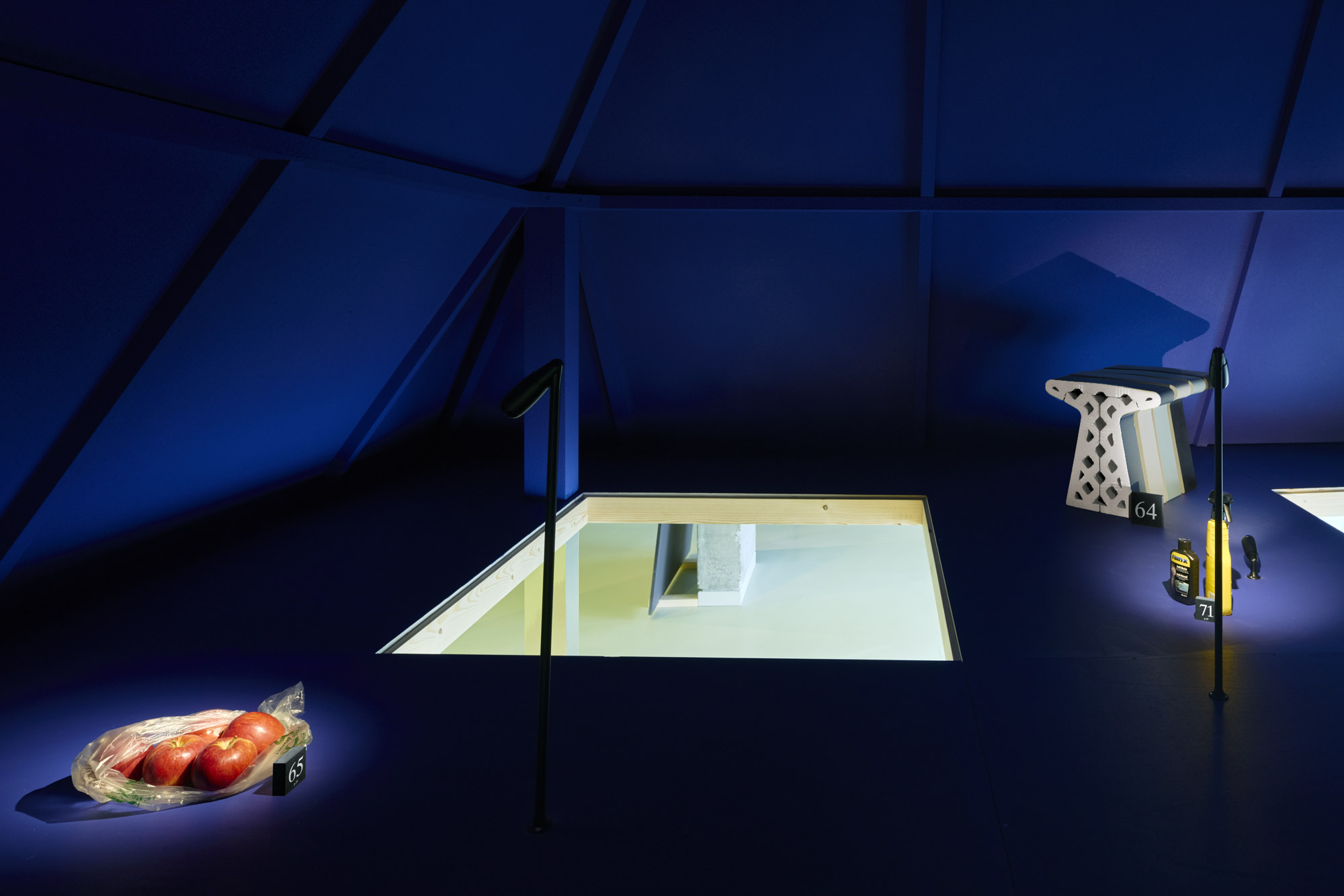 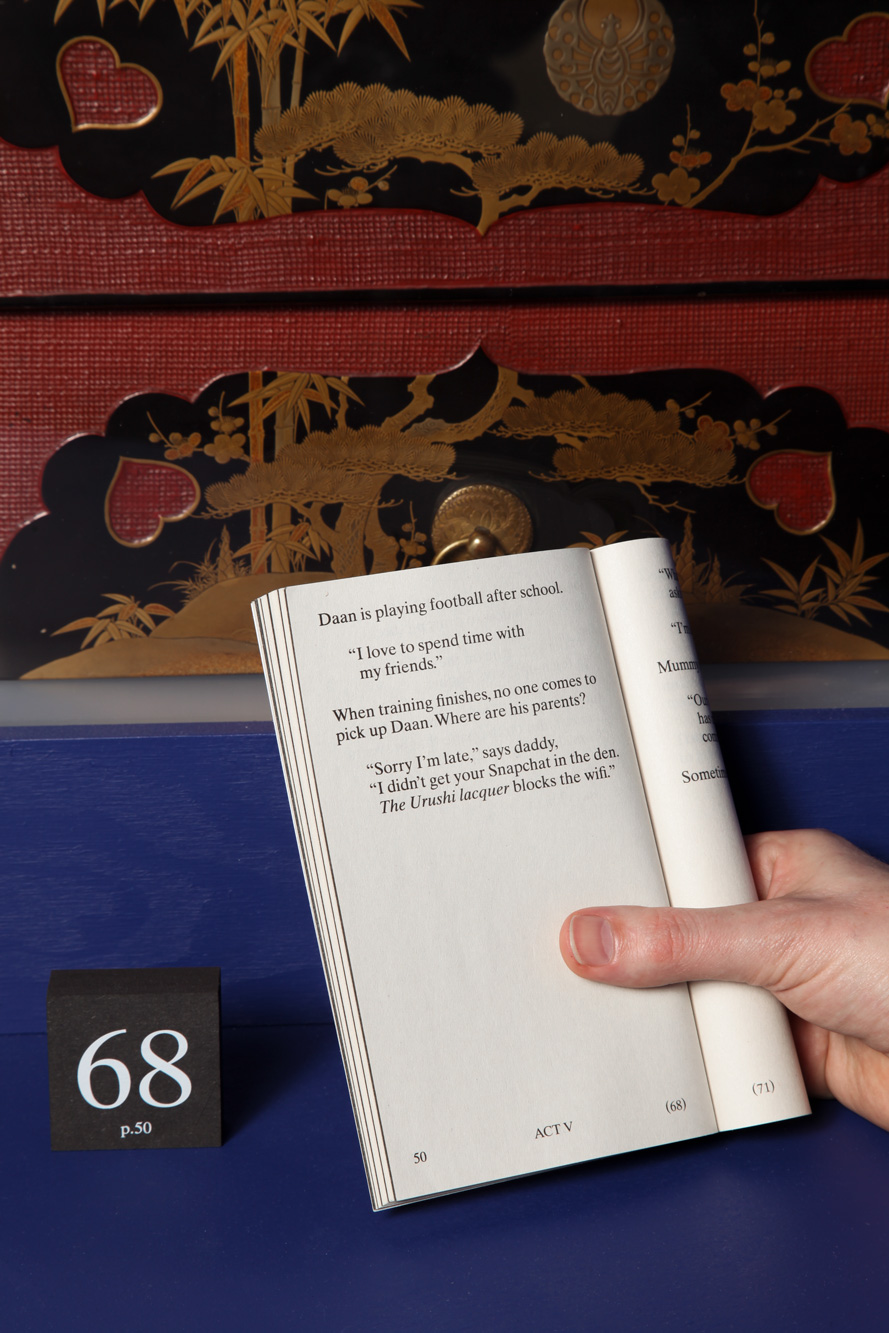 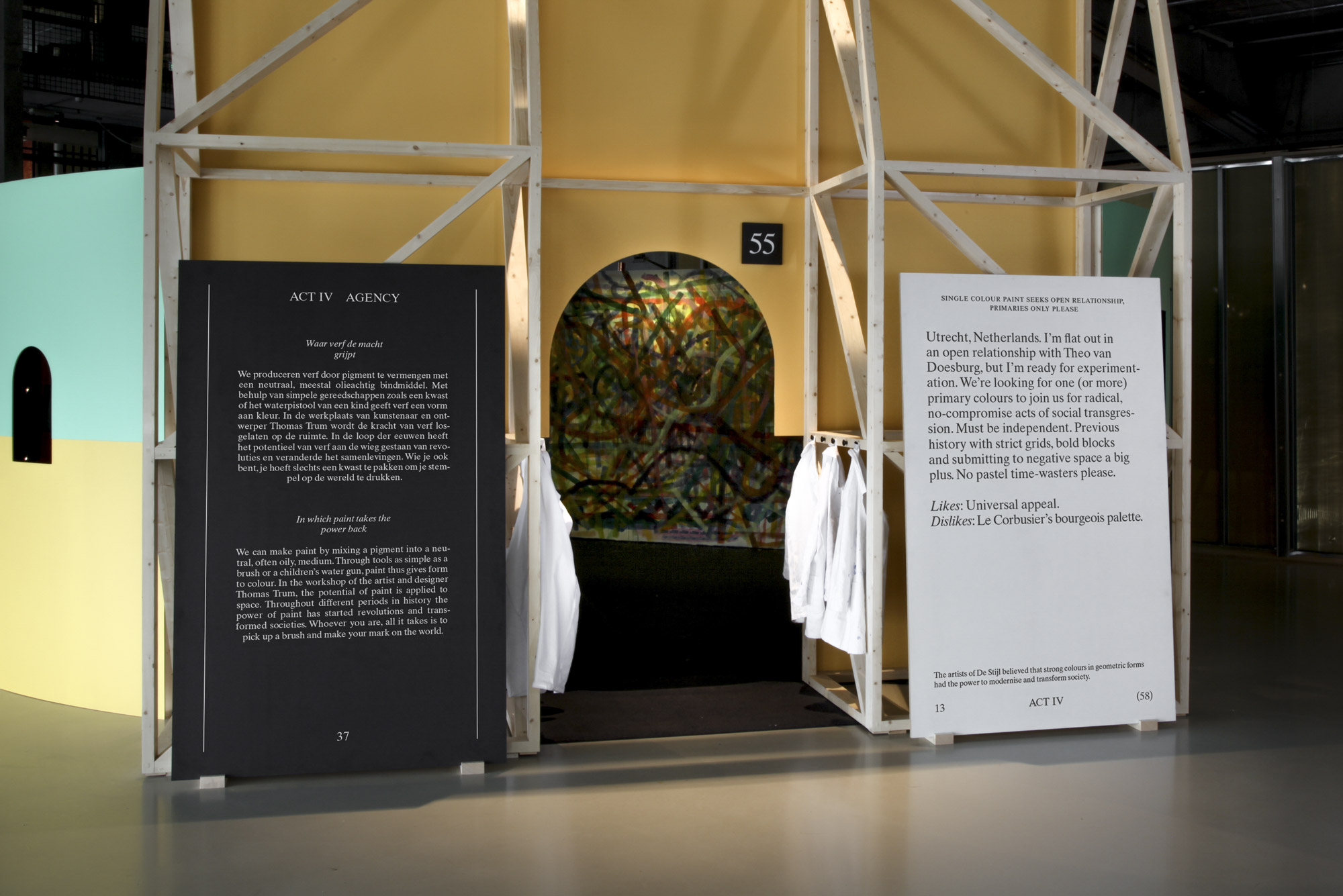 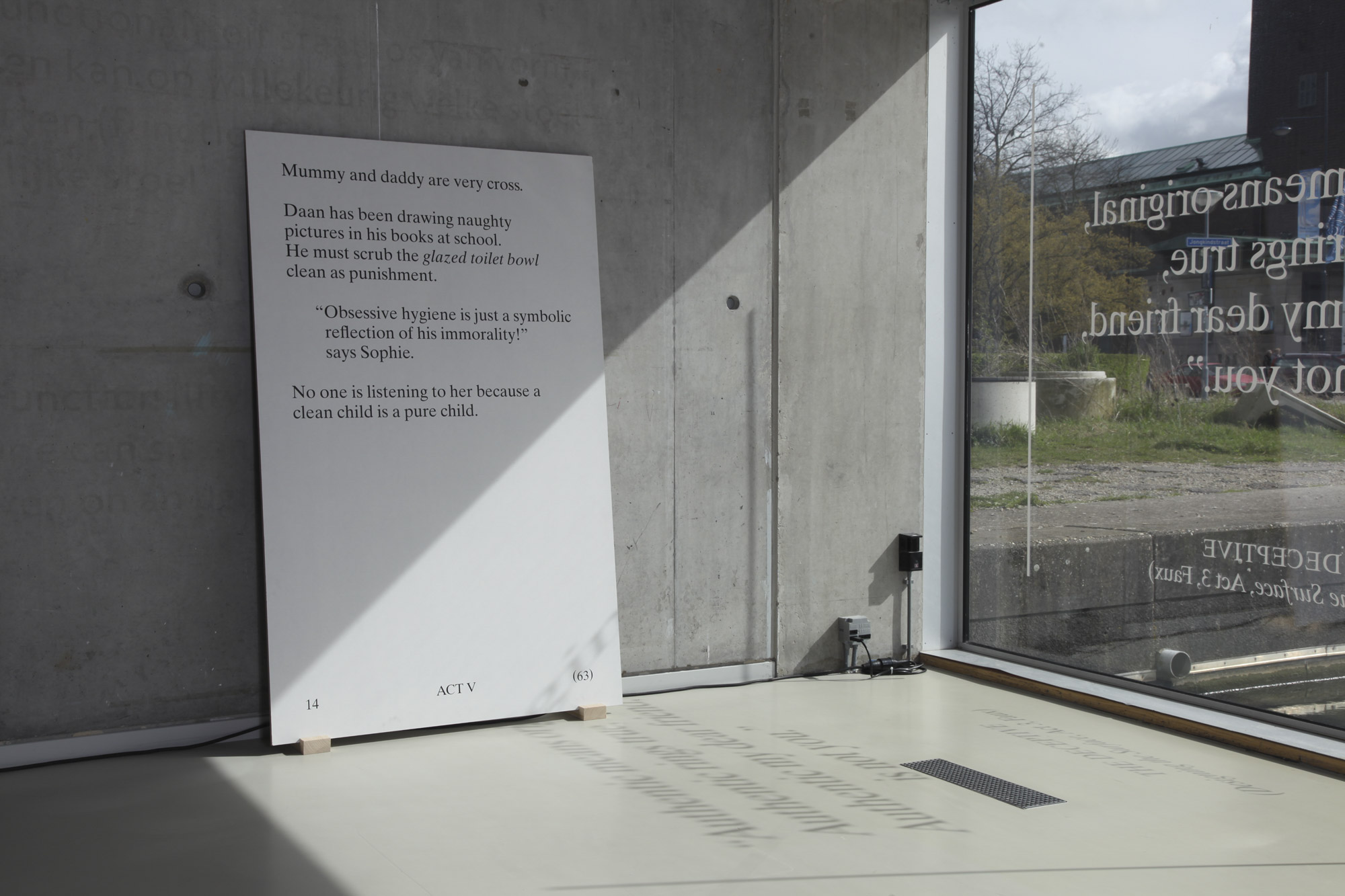 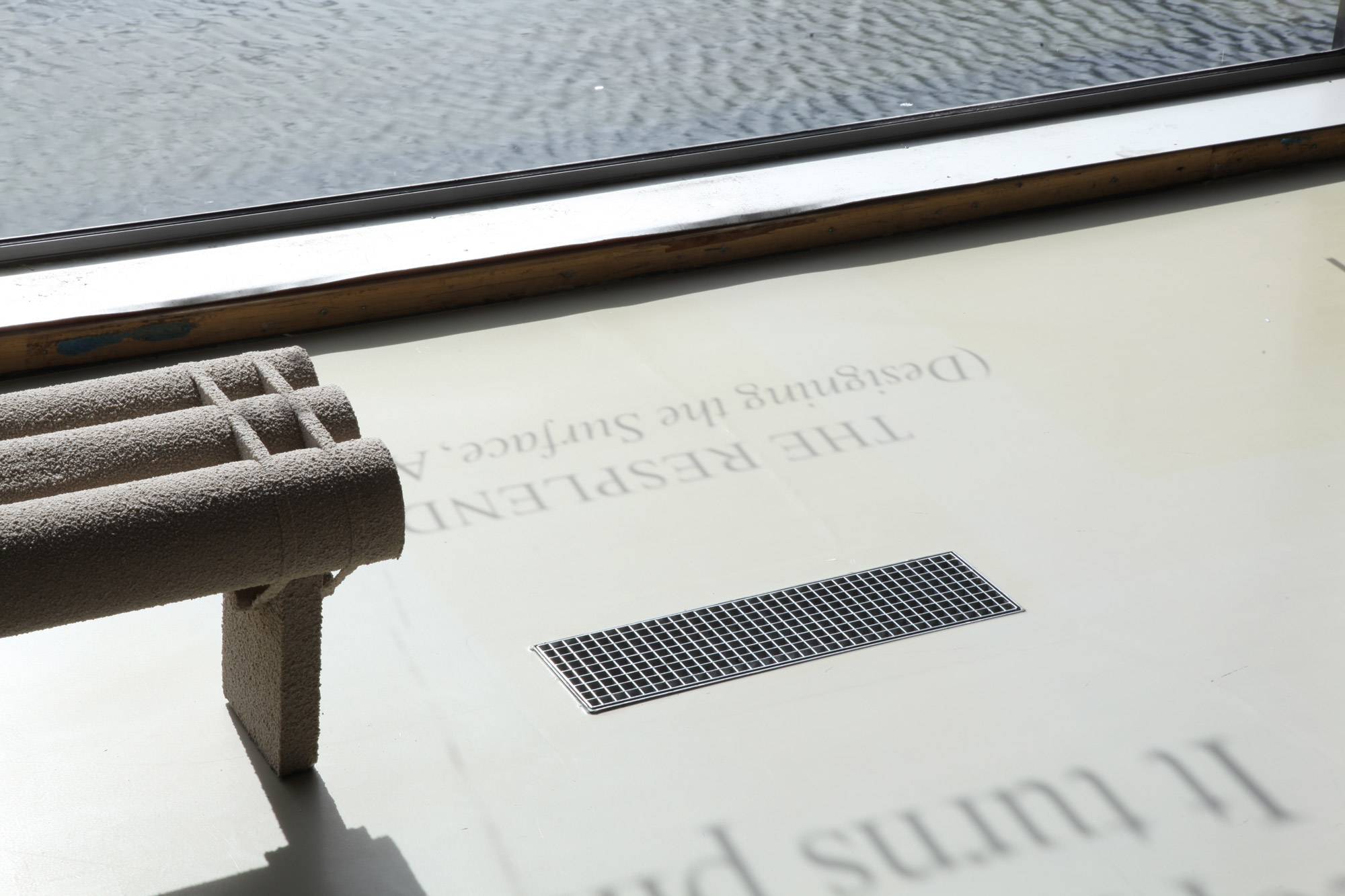 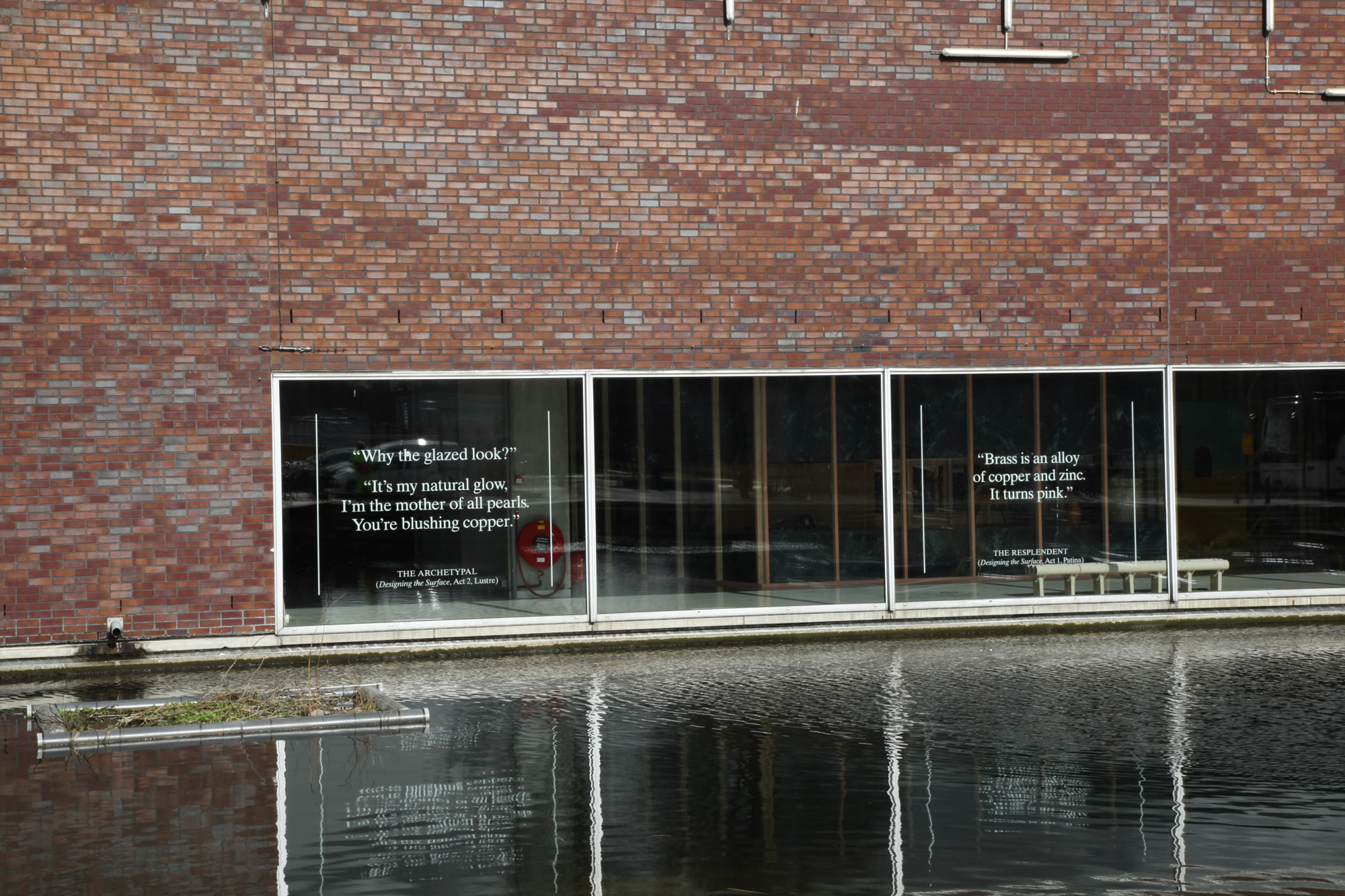